Costs Associated with a PV System

In order to determine financial returns, it is important to have a solid understanding of the basic economics that dictate PV system costs. There are two general categories of PV systems costs: capital costs and operation and management (O&M) costs.

Capital costs refer to the fixed, one-time costs of designing and installing the system. Capital costs are categorized into hard costs and soft costs.

Hard costs are the costs of the equipment, including modules, inverters, and BOS components, as well as installation-related labor. 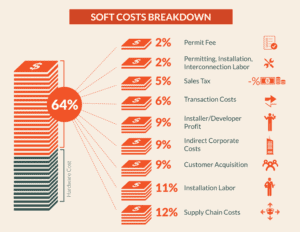 Figure 1 illustrates the relationship between soft and hard costs, and breaks down hard costs into its components. According to SEIA, while hard costs have come down dramatically over the last decade, soft costs have remained largely constant.

O&M costs refer to costs that are associated with running and maintaining the system. These can include fuel, repairs, and operation personnel. PV systems generally have low O&M costs.

The high capital costs are one of the biggest factors that discourage people from going solar. To combat this, there are a number of incentives and policies in place to make PV systems financially competitive.

Cost based incentives, such as the Solar Investment Tax Credit (ITC), allow those who invest in a solar system to apply a tax credit towards their income tax. The incentive is determined by the cost of the system, and is independent of its performance.

Performance based incentives (PBIs) encourage PV system owners to install and maintain efficient systems through payments that are based on the monthly energy production of the system.

In addition to incentives, many states, such as California, implement a net energy metering (NEM) policy that allows consumers who generate excess electricity to be reimbursed at the then-prevailing rate of electricity. For instance, if a residential PV system produces an excess of 100 kWh over the course of the month, the owner will be reimbursed for 100 kWh at the market rate of electricity for that time period. The owner is then free to use that reimbursement credit towards electricity they consume from the grid when solar is not meeting their current energy load. Therefore, households with solar PV and NEM are able to significantly reduce their electricity bill. 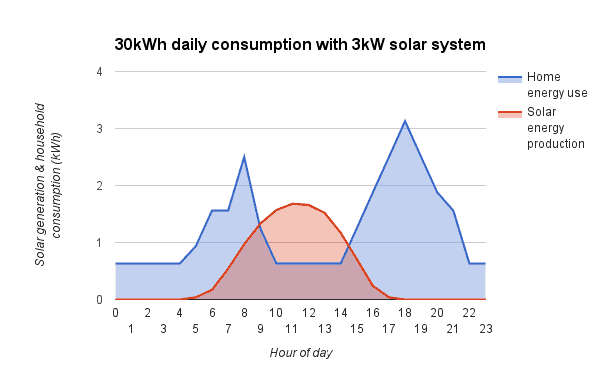 In return for a large upfront investment in a solar installation, homeowners that go solar benefit from a reduced monthly electricity bill. Thus, for NEM regimes the benefit of solar comes in the form of avoided costs.

For instance, assume that upon installing a rooftop PV system, a home electricity bill is reduced by $1,500 per year and the cost of the hypothetical PV system is $10,000 after incentives. In order to calculate the simple payback period, which is the approximate time for a PV system to pay for itself, we divide the cost of the PV system by the savings.

However, a PV system can last much longer than the duration of its payback period. A typical rooftop PV system has a lifetime of about 25 years. This means that for the last 18 years of its life, after it has paid itself off, the hypothetical PV system described above will generate revenue in the form of additional savings. To calculate this revenue, we multiply the annual savings by the remaining lifetime of the system, after it has paid itself off.

Based on this simple analysis, the system will generate approximately $27,450 in savings over its lifetime. It is important to note that this is an approximation, and does not take into account factors such as maintenance costs, changes in electricity price and usage, as well as system degradation over time.

The figure below shows another financial analysis for a hypothetical residential PV system. In both graphs, the y-axis is the dollar amount and the x-axis is the year. 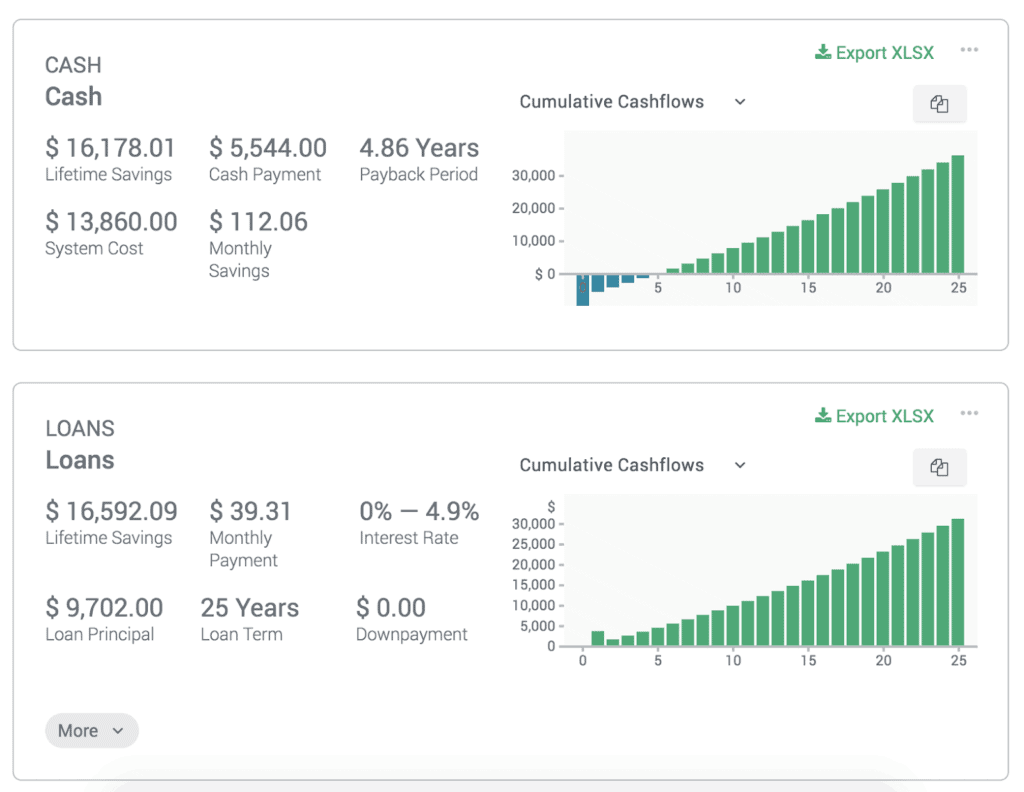 The top graph, which shows the cumulative cash flow of the project over time, and indicates that the project has a payback period of approximately four years. Additionally, the dollar amount in the 25th year, which is about $25,000, is the cumulative net revenue that the system generated. The bottom graph is the annual cash flow of the project. The first year is characterized by a large negative cash flow, due to the large upfront cost required to install the system, but after that there is positive annual cash flow with the exception to this is in the 14th year, which is when the inverters are being replaced.

The Basic Principles that Guide PV System Costs is part of Solar PV Education 101, a six-article series that serves as an introductory primer on the fundamentals of solar PV for beginners.