Welcome to the first installment in our 6-part series on Solar Basics 101, updated in late 2022 with the latest information. This comprehensive series explores the key drivers behind the technology’s rapid growth. It also delves into many of the most important considerations when designing and customizing new solar photovoltaic (PV) systems from the ground up — including financing, shading, and how best to optimize your customers’ savings based on their energy bills and properties’ solar power generation potential.

But first, it’s important to understand why solar has become so popular — as an economic growth engine, a way to mitigate climate change, and as a powerful technology to help customers lower their energy costs.

Solar power is playing an increasingly important role in the transition to a world powered by renewable energy. In just the past decade alone, the solar industry has grown by a staggering 33%. Along with (and largely aided by) this meteoric growth, solar prices have fallen by a corresponding 53% — making the technology more affordable than ever before.

In fact, a new solar installation comes online every minute in the US.

The Solar Energy Industries Association (SEIA) reports that there are over 3.6 million PV installations nationwide, which is enough installed capacity to power over 23 million homes. In strictly carbon terms, this is equivalent to planting over 2 billion trees or decommissioning nearly 40 coal-fired power plants.

The chart below illustrates the correlation between the number of solar installations and decreasing PV panel costs. It shows that the price of a solar installation is now less than 20% what it was in 2010, while annual installations have grown more than twenty-fold during the same period of time.

In addition to helping us move away from fossil fuel, SEIA also highlights how the solar industry continues to be a powerful engine for economic growth and job creation. Just in the US alone, the solar industry currently employs over a quarter million people, which is more than 2.5 times as many as in 2010. Equally impressive, solar power is responsible for more energy jobs than the oil, natural gas, and coal industries combined.

By 2030, SEIA predicts the solar industry will attract over $120 billion in annual investments and employ a workforce of more than 1 million Americans.

Solar panels generate energy by converting the sun’s photons (or light particles) into an electric current to power homes or businesses. We use the terms “irradiance” or “insolation” to refer to the power density of sunlight on a surface. In layperson’s terms, these values represent a roof’s solar potential.

We typically measure energy in kilowatt-hours (kWh), and power (the rate at which energy is produced) in kilowatts (kW).

In solar, we usually define the size of a PV installation in terms of its power output (in kW). And irradiance is measured in units of kWh per square meter per day (kWh/m2/d). The amount of irradiance hitting the Earth’s surface is often measured as the number of hours of “full-sun” (defined as 1 kW/m2 of solar energy). To review:

Solar resource of a rooftop

We can estimate the solar potential of a rooftop using its area and local irradiance. The US Department of Energy’s National Renewable Energy Laboratory (NREL) published irradiance data in its report: Solar Radiation Data Manual for Flat-Plate and Concentrating Collectors.

It is fairly straightforward to calculate the solar potential of a rooftop using this data. For example, a South-facing residential roof face (seen above) receives an average irradiance of approximately 1,900 kWh/m2/year. Dividing the annual irradiance value by the number of days in a year yields the average daily irradiance.

To calculate the amount of solar energy available on a roof face, multiply its area by the average irradiance value:

If the rooftop has an area of approximately 150 square meters, the solar energy available is:

The figure above also displays information on three additional variables related to the solar resource:

This is the ratio of the actual solar energy available — taking into account shading cast by objects in the environment — to the theoretical solar energy that would be available in the absence of shading:

For a deeper dive into what Solar Access means, be sure to review our guide on the Effects of Shading on PV Systems.

This is the ratio of the amount of solar energy a location actually receives to the amount it would receive if the roof were tilted and oriented optimally in a South-facing direction (when installed above the equator):

This is the percentage of the available solar resource that a location receives compared to what it would receive with optimal orientation and without shading. TSRF is equivalent to Solar Access multiplied by the Tilt and Orientation Factor:

This blog is part of Solar PV Education 101, a six-article series that serves as an introductory primer on the fundamentals of solar. We’re updating each piece in late 2022, so be sure to check back often for the most recent information.

And be sure to download the PDF version to give to reps, installers, and even customers looking to learn more about the basics of solar. 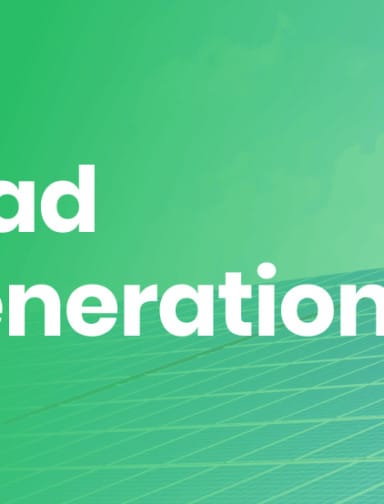