Conventional silicon photovoltaic (PV) cells have long been the standard in the solar industry. But as the technology matures and approaches hard efficiency limits, researchers and manufacturers have started to embrace a relative newcomer — the Passivated Emitter and Rear Contact (PERC) solar cell.

In this article, we’ll look at the core benefits of PERC solar cells, how they work, how they’re made, and even how to sell them. But first, let’s get into some background about how conventional solar cells work and what limitations they present.

These flowing electrons are what create an electric field — and by extension — clean solar power for the customer’s home or business.

Although this basic design has served the solar industry well, plain PV cells suffer from several types of efficiency losses, including:

Fortunately, some of these efficiency losses can be mitigated with technology.

For example, adding a front passivation layer can help stop front-side recombination. This strategy also helps to reduce some reflection. To prevent unwanted electrons from moving through the cell and hitting the rear contact, it’s possible to add a back surface field layer or place all the wires on the back of the panel during the manufacturing process.

The hardest efficiency losses to manage, however, are excessive PV panel heating and back-side recombination. Because of these limits, the maximum efficiency of standard solar modules hovers around 20% in the field.

What are PERC solar panels and how do they work?

First introduced in 1989, PERC panels are modified silicon cells that have an additional layer on the back. Because this extra layer is reflective, it is able to send unused light back across the n-type and p-type junctions to generate more energy. Better still, this reflective surface also helps to reduce rear recombination and prevent longer wavelengths from becoming heat that would otherwise impair the cell’s performance.

Early commercial implementations of PERC technology ran into trouble — largely due to increased light-induced degradation. But with steady improvements over the years, PERC modules have since achieved solar generation efficiencies up to 12% higher than their traditional silicon counterparts.

As a result, solar PV installers are able to save time and reduce costs when using the newer PERC standard. This is because fewer panels are needed to achieve the same solar power output. Using fewer panels also helps to reduce the amount of racking, wiring, and MLPE devices needed to connect everything together.

For example, even if roof space is not a major concern, it may be possible to save installation time and costs by using higher efficiency PERC modules. If a site takes 40 standard modules or 38 PERC modules to reach the desired annual production, you’re able to reduce the amount of racking, wiring, and MLPE devices needed to connect everything together.

PERC solar modules are structurally similar to other silicon panels on the market, which is a distinct advantage for manufacturers.

Even though there are additional costs when creating passivation and rear contact capping layers, panel manufacturers are able to reuse existing production equipment with minimal retooling required.

This places PERC manufacturing costs on par with conventional silicon cell production. Although PERC panels remain slightly more expensive, these costs are largely offset by the increased efficiency gains – which yields higher lifetime utility bill savings and carbon offsets for the end-user. And as the technology continues to mature thanks to economies of scale and R&D, PERC cells will likely continue to benefit from even larger efficiency gains and cost reductions moving forward.

Monocrystalline solar cells are cut from a single piece of silicon, making them more efficient than polycrystalline panels. Additional PERC layers can be added to help further increase efficiency rates.

Just like with monocrystalline cells, adding a PERC layer can significantly increase the efficiency of polycrystalline cells without dramatically increasing their manufacturing costs. But because higher solar power output is the Holy Grail of the industry, the more efficient monocrystalline PERC cell is the preferred standard for most new PV installations.

Global demand for PERC modules has skyrocketed in recent years. In 2014, for example, total installed PERC capacity accounted for less than. By 2022, that number had mushroomed to nearly 160 GW. That researchers in Germany have also developed a way to manufacture PERC cells from 100% recycled silicon materials suggests that the technology’s dominance will only grow as extant PV systems reach the ends of their useful lifetimes.

The main selling point of PERC panels is their efficiency. Because they make better use of space, fewer modules are required to produce the same solar output as a standard silicon panel. For customers who may have space constraints, offering PERC panels is a compelling option. But even if roof real estate isn’t a factor, it’s possible to save installation time and costs by using PERC modules.

In effect, PERC technology used to be a competitive advantage. But due to its cost parity and higher efficiencies, it has since become the official industry standard for new solar PV projects. In fact, the International Energy Agency reports that PERC panels currently enjoy almost 75% market share among new PV installations.

A knowledgeable customer is one of our best weapons when selling solar. Make sure your customers have all the information by giving them a free Solar Sales Follow Up Kit. It has all the background a customer needs on the basics of solar, and can help set their mind at ease. 5 Important Benefits of PERC Solar Panels You Need to Know 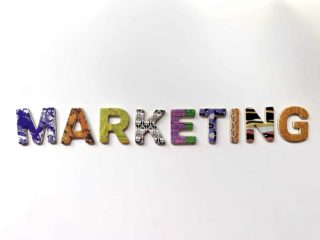 Beginner’s Guide to Solar Marketing: 4 Strategies to Jumpstart Your Marketing