Here at Aurora Solar, we take roof modeling very seriously. In fact, we even have a dedicated team of highly trained designers who support our customers with on-demand roof models via our Expert Design Services offering.

As we’ve grown over the years, we’ve been able to gather insights from over half a million roof images modeled by our Expert Design team, including segmentation labels for each roof face, tree, and obstruction (things like vent pipes, skylights, and so on).

For each roof, we have labels that look like the following:

Using this comprehensive database of highly accurate training data, our team has developed and deployed our own artificial intelligence (AI) and computer vision models.

Today, our customers leverage these powerful AI capabilities using our Aurora AI and Lead Capture AI products. For any site entered into the system, our roof modeling pipeline takes the roof images and LIDAR data as an input to automatically output 3D roof models for our customers.

Just for fun — and, to help improve our understanding of generative models more generally — we can also investigate the inverse problem: Can we take the labels as inputs and generate a realistic looking roof image?

In this blog post, we’ll compare using a diffusion model against a GAN for the task of conditional roof image generation.

The task we’re investigating is conditional generation: Given roof face, obstruction, and tree labels, generate a realistic image of the roof.

How a GAN is trained

As the discriminator improves at telling apart real and fake images, so do the images the generator produces. (NOTE: The number of training epochs is the number of times a model works through the entire dataset. Each epoch, the model sees every example in the dataset once.)

How a diffusion model is trained

Conversely, to train a diffusion model, we take an image and gradually add noise to it over many steps until it is indistinguishable from an image of pure noise:

Then, the network is trained to predict a slightly denoised image given the noised image at each step.

By repeatedly applying the diffusion network to its own predictions, we can go from an image of pure noise to a realistic noiseless image.

Here is a comparison of outputs from each method:

As you can see, the diffusion model’s outputs are better and more realistic. The GAN outputs have visible artifacts, and neighboring buildings are not modeled as realistically as well.

The Frechet inception distance (FID) is a common metric used to evaluate the realism of generated images. The lower the score, the better and more realistic the images are. After about seven days of training*, the GAN achieved an FID of 40.2, while the diffusion model achieved 31.3, meaning that its images match the distribution of real images better. This corroborates what we see in the images above.

(* Each model was trained for seven days on an NVIDIA A100 GPU.)

How the models respond to input changes

One other thing we were curious about was how the models would respond to changes in the input. We moved an obstruction across the image, and this is how each model’s output changed.

Here’s how the GAN output changed:

And here’s how the diffusion model output changed:

We can see that the GAN’s outputs are a lot more unstable than those of the diffusion model, which makes for a more interesting GIF, but suggests that the generation is a lot less controllable. The diffusion model’s outputs hardly change except for the moving obstruction itself, whereas the entire GAN image changes as the obstruction moves.

At this point, you might be saying, “This is really cool, but what does it have to do with me?”

Well, as a little background, we have a dataset of hundreds of thousands of roofs that we trained these generative models on. We’ve seen the different results of different generative models (both GANs and diffusion models) above. Our roof-modeling pipeline, which takes roof images and LIDAR data as input and automatically outputs 3D roof models, is trained on the same dataset.

Secondly, diffusion models were invented for the purpose of, and are currently primarily being used for, generating realistic images. But in the future they could be used to improve the results of our roof-modeling pipeline, as well. This is work that our team is looking into.

Over the next few years, we will hopefully see developments that speed up the generation of images with diffusion models.

Many thanks to Maxwell Siegelman for implementing and training the diffusion model. Thanks as well to Sherry Huang for her feedback on this blog post. 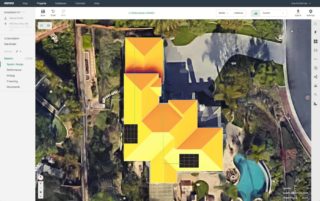 Can an API do that? Request an On-Demand Roof Model 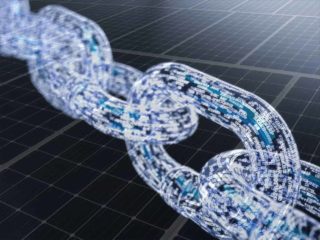