The growth of the solar industry has been an incredible renewable energy success story, with an average annual growth rate of 59% over the last decade according to SEIA. By 2023, more than 14 GWdc of PV capacity is forecasted to be installed annually. Given an average panel size of 295 watts, that’s over 64 million panels per year!

While this growth is a tremendous boon for the environment as a means of tackling climate change and reducing air pollutants, there is one potentially negative environmental impact of solar energy that remains largely unaddressed. What will happen to this vast supply of solar panels as they reach the end of their productive life?

To better understand the significance of this issue, what’s being done, and how the industry can benefit, Aurora Solar spoke with Dr. Vasilis Fthenakis and Michael Ginsberg, from Columbia University’s Center for Life Cycle Analysis. 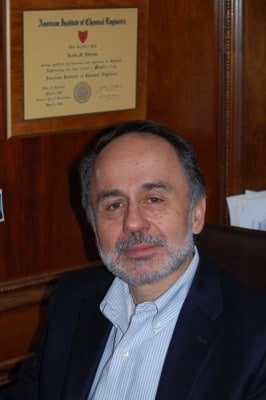 Dr. Vasilis Fthenakis is the Founder and Director of the Center for Life Cycle Analysis (CLCA) at Columbia University’s Department of Earth & Environmental Engineering. He is also a Senior Scientist Emeritus at Brookhaven National Laboratory (BNL) where he conducted research for 36 years and directed the National Photovoltaic (PV) Environmental Research Center. His research is a crucial part of the scholarly landscape for comparing renewable energy technologies with conventional energy options and is assisting the large scale penetration of solar into the European and U.S. electricity grids. Some of his current research focuses on identifying cost-effective solar recycling options. 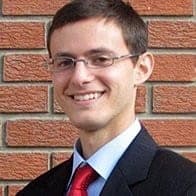 Michael Ginsberg is a Ph.D. candidate in Professor Fthenakis’s group at Columbia University’s School of Engineering and Applied Science. He has served as an energy management trainer and policy advisor for the U.S. Department of State on issues of energy diplomacy. Through his firm, Mastering Green, he has advised the New York City Mayor’s Office of Sustainability and Long Term Planning and the UN Development Programme on climate change adaptation measures in NYC and West Africa.

Gwen Brown, Aurora Solar: Why is solar panel recycling an increasingly important issue for the solar industry, as well as for society more broadly?

Fthenakis: One key reason is that the volume of photovoltaics is increasing, so having a system in place for the end-of-life management of the panels is becoming more and more important. The necessity of this will become more obvious as big installations, and large volumes of panels reach their end of life. For residential systems, owners will be wanting to do something with the modules that they have on their roofs, and will be asking for avenues for disposing of them. It’s becoming a necessity.

Second, there are some toxic elements in solar panels, which make it important that they be managed responsibly. And third, solar panels contain relatively rare elements of high value. When they are recycled, it enhances the sustainable growth of photovoltaics by creating a secondary stream of valuable materials. In this way, recycling can help relieve pressure on panel prices. 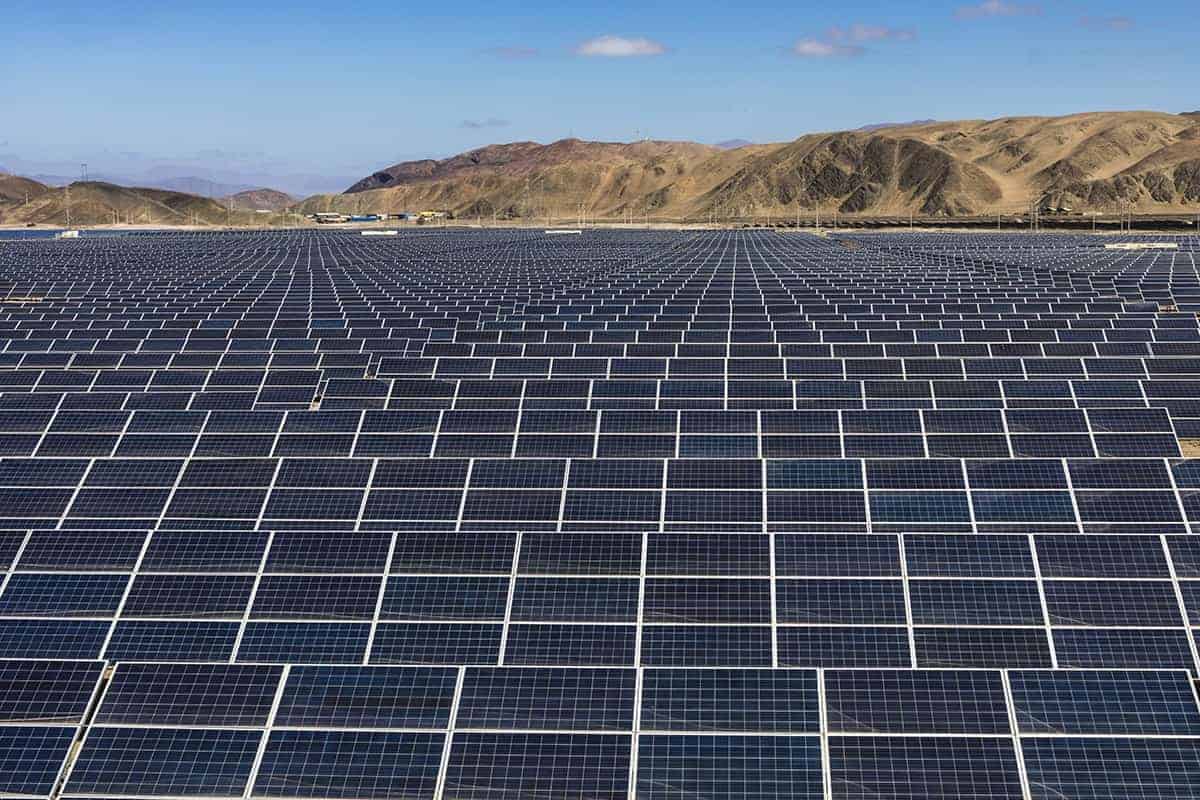 The huge volume of solar panels being installed in recent years will make it especially important to have recycling programs in place for sustainably managing these panels when they reach their end of life.

Brown: What are some of the advantages for solar manufacturers that integrate recycling practices into their business operations?

Fthenakis: One is the marketing advantage. Customers and stakeholders want the whole lifecycle of photovoltaics to be beneficial for the environment. When solar panels operate they are obviously beneficial to the environment, especially if they displace other dirty power generation systems. But end-of-life management of panels is the only negative environmental impact of photovoltaics that is not really resolved in the United States. So tackling this issue is very important from a marketing and public relations standpoint.

Second, regulations are expected. Although we don’t know when, we expect regulations in the U.S. on the management of solar waste at some point, as we have seen in Europe. If the industry is proactive, it can get ahead of the regulations. Industry stakeholders will be able to plan a recycling scheme the way they think it will work best, not in the way regulators might enforce it.

A third benefit for manufacturers, is that they can capture the value of the relatively rare elements that can go back into the manufacturing of photovoltaics–for example, silver in crystalline silicon panels; in thin films, tellurium, indium, gallium, germanium. These types of rare elements will need to be sustained through the century for the production of photovoltaics.

Fthenakis: Towards the middle of the century, with expected growth, recycling will start becoming very important to solar panel supply chains. Projections show that, from mid-century on, the secondary stream could become as big as the primary one. There are two reasons for this; one is the large volume of solar installations that will be reaching their end of life at that point. Second, the primary production of many of important elements for solar panel production, such as zinc and copper, will peak by that point.

To sustain the transition from fossil fuels into renewable energy, with solar as major constituent, the solar industry will need to keep growing through the end of the century. Without recovery of those materials, it may not be able to. Recycling will become a necessity–not immediately, but from 2035 on. 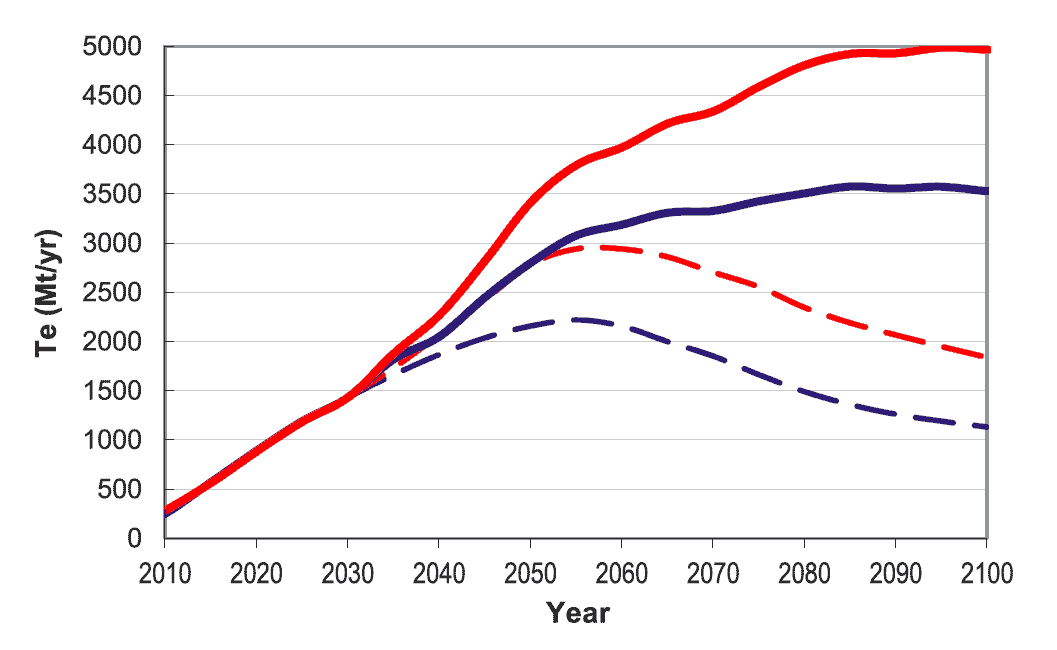 Tellurium, used in thin film solar panels, is an example of an element whose supply will peak in the coming decades. This chart shows projections of tellurium availability for photovoltaics from copper smelters (dashed lines; peaking in ∼ 2055) and total from copper smelters and recycling of end-of-life photovoltaic modules (solid lines; continuing upward trend until 2095). The red and blue curves in each pair correspond to high and low projections, respectively. Note: A tellurium demand of 322 t/yr for non-photovoltaic uses was subtracted. Source: Fthenakis, V. (2012). Sustainability metrics for extending thin-film photovoltaics to terawatt levels. MRS Bulletin, 37(4), 425-430. doi:10.1557/mrs.2012.50.

Brown: What are some of the barriers to solar panel recycling at this time? Are they primarily technical barriers, or more related to the process of integrating recycling into business operations?

Cost remains is an issue, however. Because photovoltaics compete on price with inexpensive conventional energy, cost is very, very important. It’s not like the recycling of expensive electronics where an additional costs can be absorbed in the price. Additionally, manufacturers are under pressure to keep the costs down because of the big influx of inexpensive photovoltaics from China, which has suppressed profit margins a lot. As a result,  although many in the industry realize that this is a necessity, we haven’t had an industry-wide program yet in the United States.

However, solar recycling doesn’t have to be costly; it can add value, as long as there are sufficient volumes and the activities–from commissioning and transport to recovery–are well planned.

Ginsberg: The primary question we’re asking now is: “how do we maximize revenue and minimize cost?” Maximizing revenue is achieved by capturing the high-value elements–such as tellurium in cadmium-telluride modules. As Dr. Fthenakis said, the feasibility of separations has been proven. In his work at the Brookhaven National Laboratory, Cd, Te extraction and separation was completed at a project cost of 1 cent/Wp.

Now in minimizing cost, we have to minimize the cost of collecting. At Columbia’s Center for Lifecycle Analysis, we look at the cost of materials collection through life-cycle assessments. One of the things we focus on is reverse logistics, including looking at the infrastructure for collecting modules. Currently, manufacturers are able to distribute but not necessarily collect. A lot of the work that we do at the Center is looking at determining certain break even points to make solar recycling profitable. 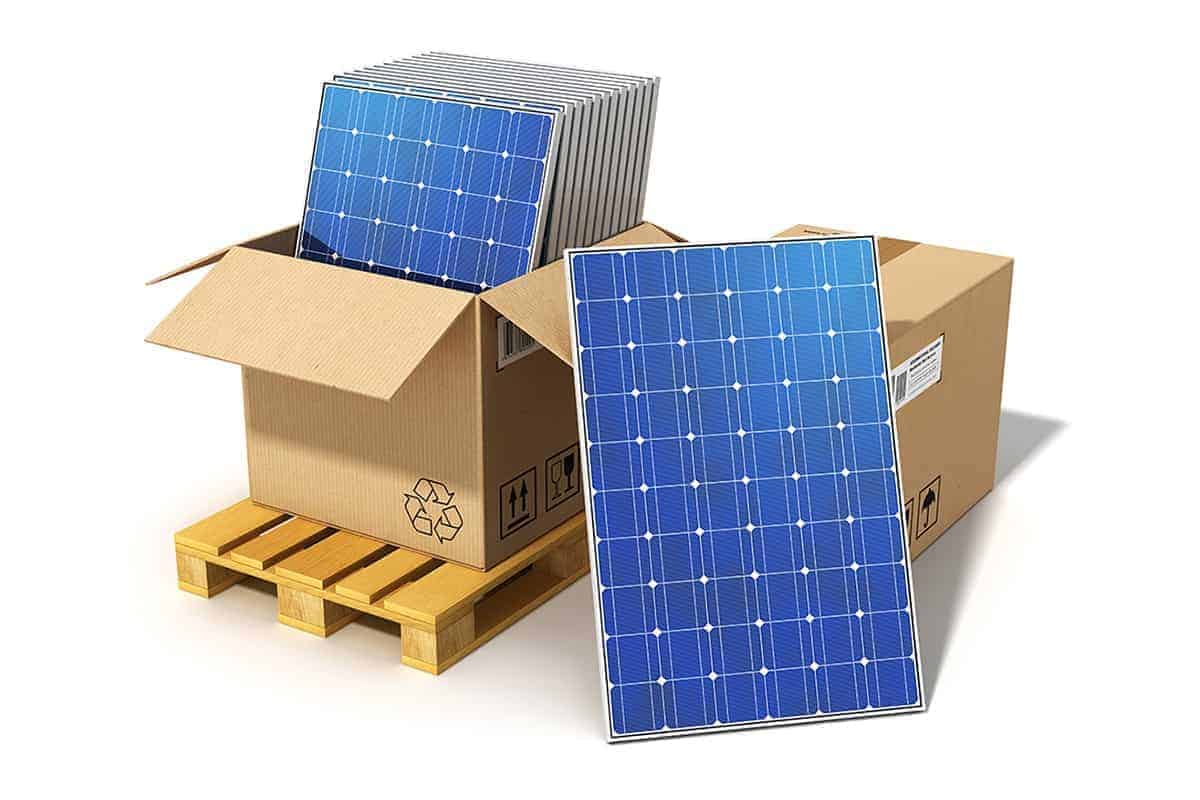 Minimizing the cost of collecting modules for recycling is one area where more work is needed to solar panel recycling accessible and cost-effective.

Fthenakis: In Europe, solar panel recycling has become mandatory since 2012 due to the Waste Electrical Electronic Equipment (WEEE) regulations which mandate recycling of photovoltaics at the end of their life. The industry in the E.U. was proactive and being “a good citizen,” and to some degree in anticipation of regulations, in 2007 started an industry-wide non-profit program called PV Cycle. This program currently assists the industry in complying with the WEEE regulations. It operates warehouses for collection and designated recycling plants. This is unique to Europe.

In the U.S. (as well as in Asia and other continents), we don’t have that. The industry is using contractors–for the most part metal recovery contractors. Some of the big manufacturers, like First Solar have their own recycling programs. First Solar is managing recycling in-house; they have developed the technology, in-part based on patents developed with my work at Brookhaven National Lab. Others are using contractors to which they send the decommissioned modules.

Ginsberg: In the U.S., the primary regulation that pertains to management of solar panel waste is the federal Resource Conservation and Recovery Act (RCRA). State policies are diverse, so there are no universal standards at the state-level. Under the RCRA, PV modules may be found to be either a hazardous waste or “universal” waste, and are then subject to different handling requirements.

Fthenakis: There is a test to determine if a spent module is hazardous waste or not. It’s called the Toxicity Characteristics Leach Procedure (TCLP), that applies to the federal level. Most photovoltaics in current production pass this test, which looks for materials like the cadmium and several others. But California has more strict testing.

Additionally, a bill passed recently in California, SB-489, designates photovoltaics as universal waste. This means end-of life modules will need to a specialized handler, such as a household hazardous waste facility, “Take-It-Back Partner”, or collection event, a universal waste transporter, or a universal waste destination facility.

Brown: Are there any other final thoughts on solar panel recycling that you would like to share with our readers?

Fthenakis: I encourage solar installers to communicate to their suppliers that a recycling program is needed; customers will increasingly be asking for it.

Ginsberg: The work on separation of elements has been done. Beyond the fact that the increasing demand of rare elements will necessitate their reuse, we need collection infrastructure paradigms that ensure profitability for manufacturers, whereby the revenue from output materials is greater than the module receiving, processing and inventory costs. It will be important to put pressure on the module suppliers to set up these photovoltaic take-back centers and demonstrate that they are proactive about recycling.

Fthenakis: And, when solar customers ask about what will happen to their system at the end of its life–because people who invest in photovoltaics tend to be environmentally conscious–it would be valuable to have planted the seeds of a recycling program to address these concerns.