If a potential customer is thinking about moving in the next few years, selling them on going solar can be challenging.

After all, modern solar panels generate electricity for over 30 years, and making a long-term investment isn’t something most people are considering when they are also considering a move within a fraction of a system’s lifespan.

Plus, coordinating, financing, and transferring the ownership of an installation takes time and effort, which many people would rather avoid than add to their to-do list.

Thankfully, solar is often such a good investment, with relatively short payback periods and even options for zero cash out of pocket, even homeowners only planning to stay at a property for a short period of time can still reap the many benefits of going solar.

In the Solar Sales Objections Handbook, we get the inside scoop from industry experts on what to do when a homeowner is interested in solar but not yet in their “forever home.”

“We’re only planning on being at this house for a few (5-7) years, so I don’t think solar will be worth the investment.”

While plans to move may be a valid reason not to upgrade a property, with a timeline of just 5-to-7 years, every panelist agreed that this objection should not be a stopping point in the conversation.

Homes with Solar Sell Faster and For More Money

While home buyers are used to seeing panels around town, and usually understand that they lower monthly utility bills, they often have misconceptions about how difficult and expensive installing a solar system is.

Lily Valdez, the co-founder of Women United by Solar, likes to set the stage by addressing these issues.

“I always start with easing their concerns. If the customer is thinking that in 5-to-7 years they’ll be left with a large loan, that can be a big concern. But what you’re actually doing by going solar is saving monthly and adding value to your home (especially in California).”

Then Lily explains a benefit that many solar customers aren’t aware of.

“If you don’t have solar, you may be at a disadvantage because people are looking at the total cost of the home. They are looking at mortgage and other monthly payments, and when your payments are zero or a fixed low price, whose house do you think will sell faster?”

Of course, many homeowners won’t just take your word for it, so come with facts to back up these claims. Lily usually points to two trusted sources:

Do the Math for A Wise Investment

“Solar Joe” Mousakheel, CRO of The Solar Academy, leans into the numbers to address these concerns.

“This is my favorite objection in the world. Because, at the end of the day, it’s just math… The value of your solar system is based on what utility rates are, and the more expensive those rates are the faster your ROI is. I’m working in the PG&E area, so for the homeowners that I work with, it only takes 5-to-7 years to have the whole system paid off given how much money they’re paying to the utility.”

Solar Joe then supports his claim with a real-time calculation of the cost of solar against estimated monthly payments with the local utility — being sure to highlight the increasing cost of electricity. (This is also a great way to get the homeowner to share their utility bill.) Tools like Sales Mode can help with both calculating savings, and presenting it to the customer in a compelling way. 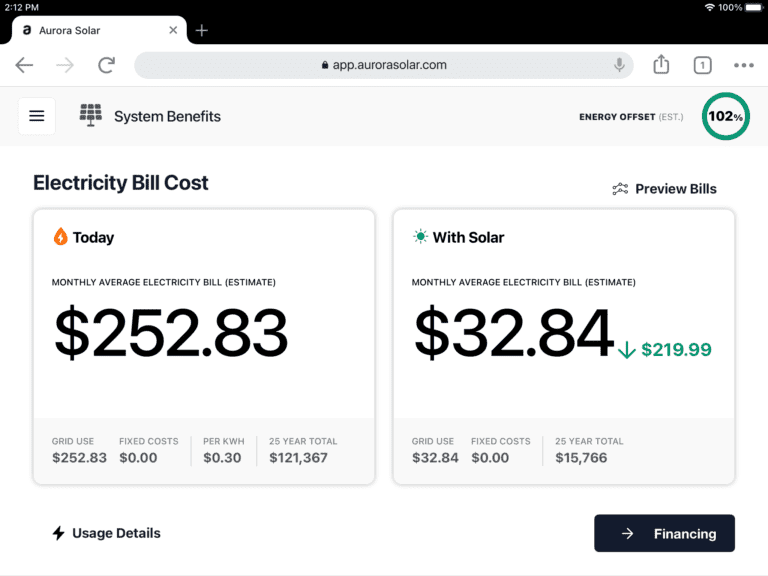 Once he completes the calculations, he drives the point home.

“Looking back at the end of 5-to-7 years, what would be the best decision? To have your highest bill ever with the utility, or have free electricity in your house for the next 30-40 years?”

When you “do the math,” James Ramos, founder of Solar YOUniversity, highlights the idea that 5-to-7 years is, in reality, a significant amount of time compared to shorter stays.

“Hey, that’s great. If you told me that you were going to move out within 12 months, then this would not work for you. But since you’ll be living in the house for 5-to-7 years, then you can really benefit from solar.”

Tools like Sales Mode can help you accurately determine the payback time for potential solar systems, and present that data to a customer in clear, easy to understand terms.

Consider a PPA if Available

If a homeowner is planning on leaving in a shorter time window, that doesn’t necessarily mean solar isn’t a good option. In these cases, a power purchase agreement (PPA) may provide a lot of benefit for homeowners, essentially allowing them to “lease” solar panels.

As Jake Hess, founder of The Solar Academy, explained:

“We can talk about loans, cash, and increasing property values. I’m going to cheat a little bit and suggest a PPA on this objection for markets where it’s available.”

PPAs allow the homeowner to lease panels if a homeowner doesn’t want a longer-term investment, providing monthly savings without any money out of pocket.

“The fact is, when purchasing solar, money is leaving your bank account. Are you going to be getting your money back in 5-to-7 years? Who knows? This is why I think a PPA is probably best for you because you don’t put any money down and you’re not trying to recoup funds.”

Click here to learn more about the pros and cons of PPAs, and other solar financing methods.

Homeowners moving in as little as 5 years can still benefit from an investment in solar. With increased property value and lowered, fixed utility bills for decades to come, most modern home buyers recognize the advantages of solar, and homes with panels can sell both more quickly and for a higher asking price.

Download the Solar Sales Objections Handbook to learn more details about dealing with all of the most common solar sales objections, including the “We’re moving soon” objection. Then click below to read even more on each one: