When it comes to understanding what it will take for solar to provide a greater share of our energy, Taming the Sun author Dr. Varun Sivaram has a wealth of practical expertise—from serving as a strategic advisor on New York state’s Reforming the Energy Vision process to advising Los Angeles mayor Antonio Villaraigosa on the city’s energy and water policy. Currently the Philip D. Reed fellow for science and technology at the Council on Foreign Relations (among a host of other roles! ), Sivaram has been named one of Forbes’ 30 under 30 in Law and Policy and one of the top 50 leaders in sustainability by Grist. He holds a Ph.D. in condensed matter physics from Oxford University, where he worked on developing advanced solar cell technologies. 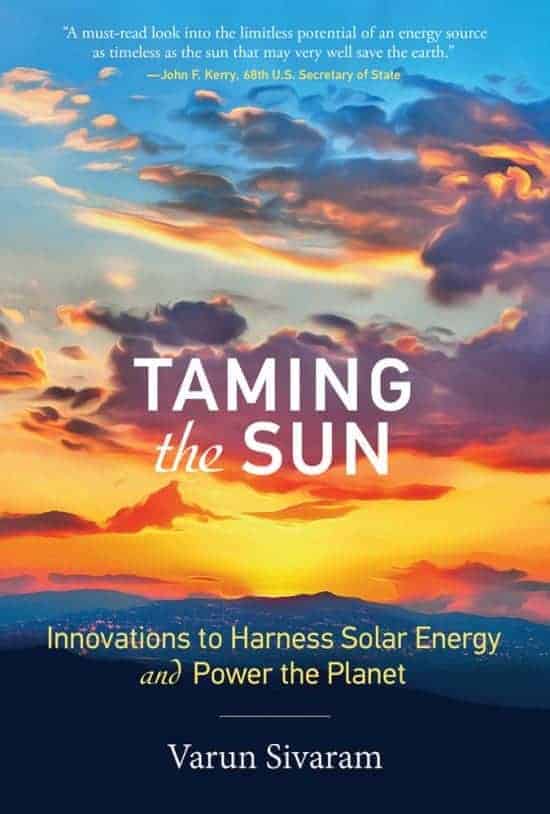 In his recently published book, Taming the Sun: Innovations to Harness Solar Energy and Power the Planet , Sivaram paints two disparate futures for the world. In one, the growth of solar stalls and society remains deeply dependent on fossil fuels, resulting in drastic negative impacts from climate change and air pollution. In the other, the worst impacts of climate change are avoided through the successful transition to an energy system powered by solar and other carbon-free energy sources.

Despite the impressive growth of solar in the last decade, Sivaram argues that without innovation to address certain barriers, solar energy could sputter out long before it can provide a significant portion of the world’s energy—much like nuclear, once hailed as the energy of the future but in decline today. We sat down with Varun Sivaram to discuss some of the challenges identified in his book that the industry will need to overcome for solar to become a leading energy source. 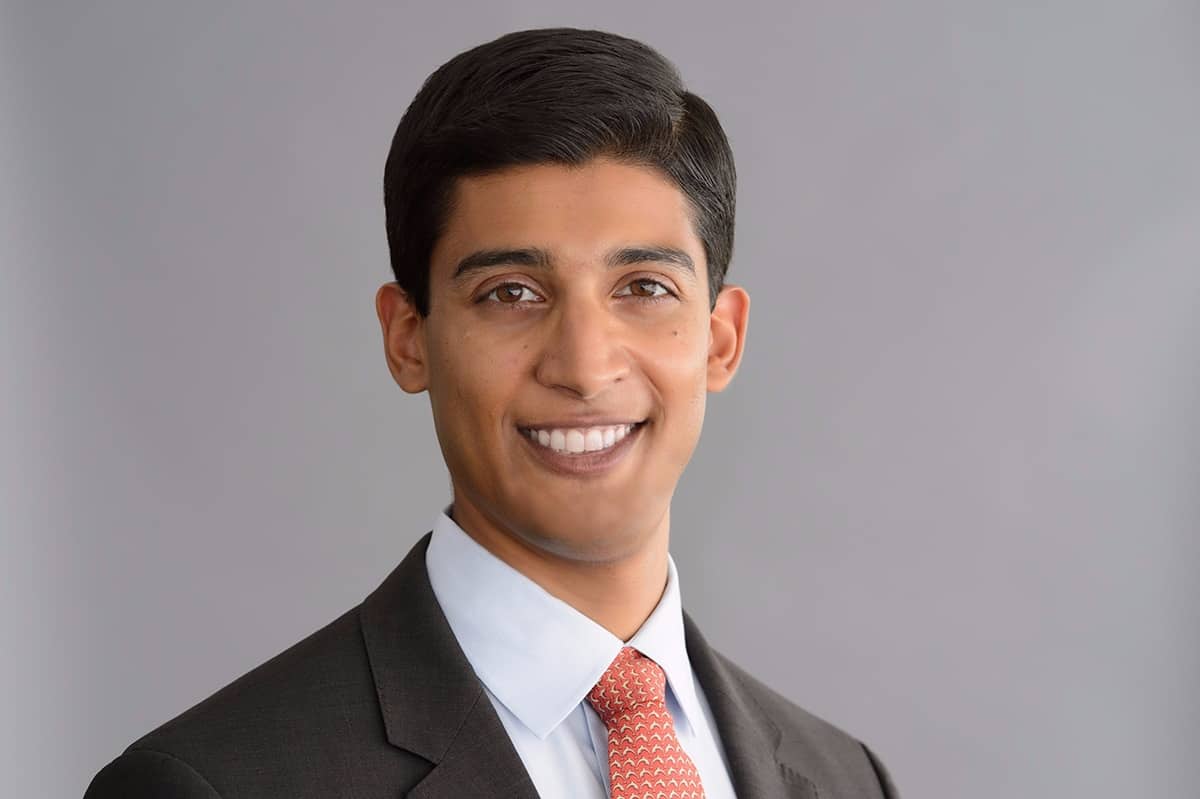 Varun Sivaram , the Philip D. Reed fellow for science and technology at the Council on Foreign Relations.

The challenges solar has faced to get to where it is today are very different from the challenges it will need to surmount in the coming decades. How can the solar industry balance policy advocacy for its current needs with a longer-term perspective on what will be needed for solar to become a mainstream energy source?

If the solar industry only narrowly advocates for its present day interests, we could see the clean energy transition stall and solar could be hurt a decade down the road. So this is an important question—how do you balance short-term advocacy with long-term prudence?

The solar industry needs to be thinking about what it’s going to need to survive 10 years down the line.

That means you really want to support the extension of grids. The larger your grid, the easier it is to integrate large amounts of renewable energy. A larger grid can connect areas with high renewable resources with areas of high demand and enables you to smooth out volatile supply and volatile demand.

The industry should also support a diverse generation mix. Flexible generators—natural gas, demand response, batteries, even nuclear—that can ramp up and down on demand will be important to accommodate fluctuations in solar energy. You want to support the most flexible electricity system you can. That includes advocating for policies that encourage energy storage.

The industry should also step away from policies like the Investment Tax Credit. Though helpful in the near term, the ITC could turn into a political lightning rod. It is not in the interest of solar to be a politicized industry; it should be what it really is, an industry for all Americans. Solar is an important employment driver in this country, and a source of affordable, clean energy. That benefits every person, Republican or Democrat.

Supporting a carbon price and pushing for greater technology innovation will also be valuable to the long-term success of the industry, as I discuss in the book.

While the hard costs of solar installations have fallen significantly over time due to reductions in the cost of hardware components, soft costs—such as labor and installation costs—have remained high. What role can software can play in addressing this challenge?

Software will be super important. It’s going to take both hard and soft cost reductions for the cost of a solar installation to stay below the value it delivers even as the value of solar energy erodes as more solar is added to the grid. The module cost of solar is now a minority of the total system installed cost.

Whether it streamlines the design process, optimizes system design to maximize production, simplifies permitting, or improves the sales process and reduces customer acquisition costs—as Aurora does for its clients—or other functions, software is going to be important for the solar industry as a whole. The work Aurora does is going to be essential to enabling low cost solar systems that help to sustain solar’s rise.

A challenge you discuss in your book is the need to enable greater private capital deployment in renewable energy. One method you highlight is securitization—or creating portfolios of projects, as is currently done with car loans and mortgages. What is needed to help facilitate this approach on a larger scale?

One of the imperatives is to increase the availability of data. Two important data needs to exist—energy production data and credit data. First, you need data on system production: both data on historical system performance, and predictive data—the ability to simulate how a system will perform and be confident that it will provide a certain amount of energy.

I’m excited about the work being done in the industry to compile production data from hundreds of thousands of installed solar projects, demonstrating that solar plants produce energy at the levels that models predict. That enables project developers to raise much cheaper debt financing. Predictive energy production data, as is provided by Aurora’s performance simulations, will be very valuable as well.

Second, for distributed solar, you need data on the likelihood of customers to continually make their lease payments or loan payments. It’s going to be really important for distributed solar to assemble databases and other tools to determine how likely someone is to pay their loan or lease. Credit data remains the biggest need.

You’re absolutely right that a green bank can be an effective tool to mobilize a lot of private capital with limited public resources by proving that the public entity is willing to co-invest in clean energy, partially de-risking that investment. Over time, green banks basically put themselves out of business because they turn investments that once looked risky into de-risked investments that the private sector will invest in by themselves. Connecticut and New York provide examples of very successful green banks.

Now, New York is doing something even more exciting in my opinion: New York has raised private money—not from ratepayers or the government—which it can deploy not just in New York but outside as well. This means New York can help other states setup green bank front offices, increasing access to financing for clean energy projects across the nation.

States that want to have a green bank can now set up a very capital-light, asset-light front office, with a couple staff to help originate deals. New York’s capital and back office operations will be used to co-invest in clean energy projects with private investors.

Now, basically any state can have a green bank; I think that’s a super exciting way for us to scale the successes of NY Green Bank across the country.

The challenges you highlight are daunting. What are some things that make you hopeful we can overcome them and achieve a sustainable future?

Two things make me hopeful. The first is just how remarkable solar’s last decade has been. A decade ago, if you had said solar would be the fastest growing, cheapest power source on the planet in 2018, no one would believe you—I wouldn’t have believed it!

It gives me a lot of hope that solar has come this far; I think we can match or even beat the transformation we’ve seen over the last decade.

Second, I’m inspired because the ideas I discuss in my book are not science fiction, they’re grounded in reality. They are grounded in technologies I’ve seen in the lab and even worked on, and in pilot scale demonstrations. The examples you’ll find in the book give me hope because the solutions are already in progress, we just need to invest the resources to make them a reality on a large scale. That’s what excites me.

P.S. Our interview covered a lot more than we could fit in one article. Want to learn more about the systemic and technological needs for solar to advance? Download our bonus article with additional insights from Varun Sivaram!

By submitting your contact information you will be added to our blog subscriber list, which provides weekly updates on our latest articles. We will never sell or share your information and you may unsubscribe at any time.

Please note that the views expressed in our Solar Spotlight interviews are those of the interviewee, and do not necessarily reflect the views of Aurora Solar.