Solar is a highly competitive industry and a chronic issue for contractors is the high cost of customer acquisition. While the average cost of customer acquisition is $2,000-4,000, solar companies typically pay about $500 per referral, making referrals an affordable source of high quality, exclusive solar leads. Additionally, according to Nielsen, 83% of surveyed consumers say recommendations from people they know are their most trusted source of information.

But it’s not always straightforward how to get referrals. You might ask customers to keep referrals in mind but your request is easily forgotten. The customer may not think about their PV system on a daily basis or know how to identify good candidates for solar in their network.

However, there are ways to increase the likelihood of referrals, many of which involve the way you follow up. In this article, Part 5 in our 7 NREL-Backed Ways to Close More Solar Sales series, we address effective strategies for asking for referrals from customers.

The NREL Study and This Series

This Aurora Blog series looks at seven common mistakes contractors make when selling solar according to the National Renewable Energy Laboratory (NREL). NREL’s observations are based on its 2014-2016 Solar Energy Evolution and Diffusion Study (SEEDS).

The NREL study was conducted to understand why some prospective customers adopt solar while others don’t—in order to offer insights to help solar contractors lower their customer acquisition costs. NREL researchers surveyed homeowners from four states who installed solar, considered solar, or did not consider solar, and also gathered insights on sales processes from interviews with approximately thirty solar contracting companies.

In each article in this series, we offer insights from an interview with one of the lead NREL researchers, as well as observations from the field and related research. In the first four parts of the 7 NREL-Backed Ways to Close More Solar Sales series, we looked at following up quickly with solar leads, not assuming prospects share your opinions about solar, being careful to avoid confusing customers with too many options and how to address the competition effectively. 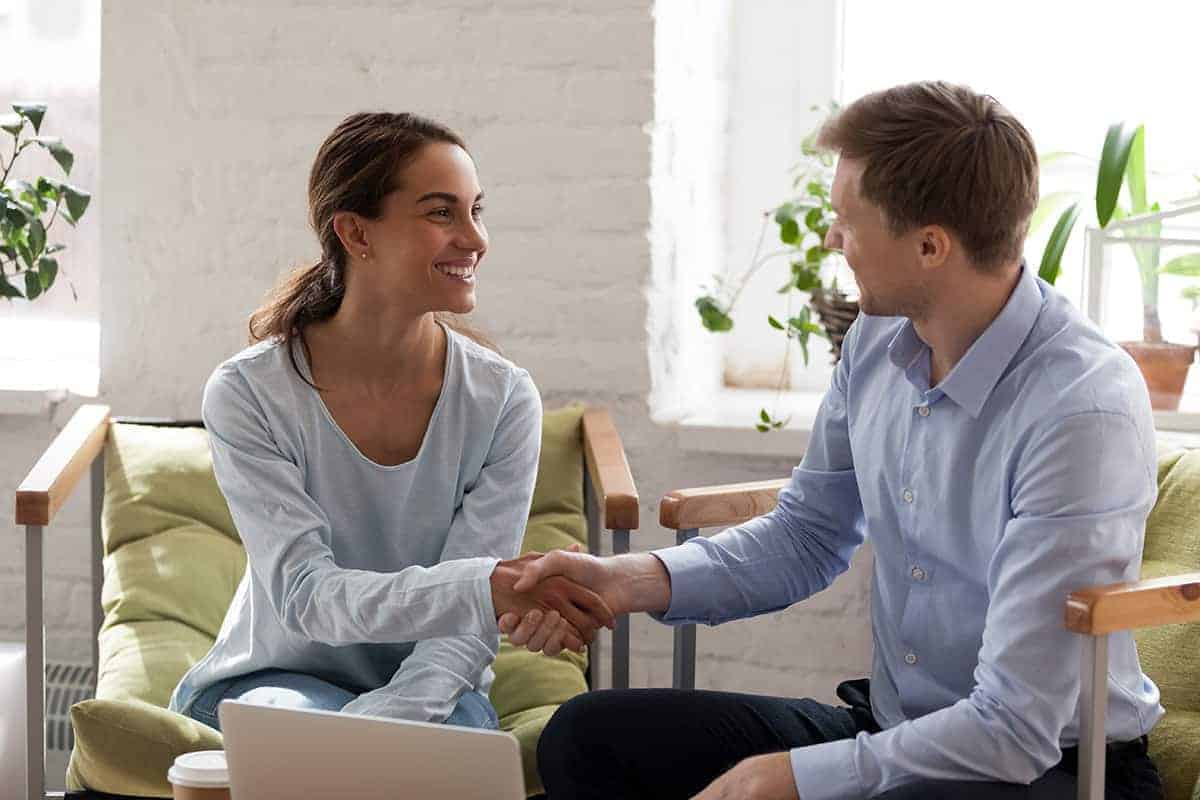 Learning how to ask for referrals effectively can help you generate a pipeline of cost-effective new leads.

Strategies for Success When Asking for Referrals

The NREL researchers state that many sales reps don’t actually ask for referrals, or ask ineffectively, such as by using timid phrasing or only asking in passing. It helps to be strategic about how you approach the process of asking for referrals to maximize success.

In our interview with NREL researcher Ben Sigrin, he highlighted that understanding the optimum time to ask for referrals is important. He notes that NREL’s study asked questions like “do referrals tend to be generated immediately after the contract is signed, after the first month of interconnection, or years after interconnection? And how does the quality of the referral depend on that?”

Sigrin asserts that contractors should be sure to ask about referrals after the system is activated and beyond. He describes the customer’s perspective in this way: “If I’m referring someone before my system is connected, then I don’t have any experience about whether the system is performing according to my expectations. But if I have had it for several years, then I am probably a more reliable source of information for my friends and family, because I can speak to how it’s actually performed over the last few years.” Therefore, says Sigrin, consistent, long-term follow up is key, whether in the form of a periodic check-in, a “solar party” or other event with your customers, or physical reminders like a referral card or gift.

Pamela Cargill, former Principal of solar management consulting firm Chaolysti, concurs, noting that the best time may be after the installation is complete and the customer has received the first utility bill showing solar savings so “you’re likely to catch them on a high note.”

It also helps to think of the customer relationship as one that exists over the long term, beyond the installation. Matt Johnson, Residential Sales Manager at Namasté Solar, a leading employee-owned solar contracting cooperative based in Colorado, points out that having multiple touch points leading up to and after installation helps capitalize on the fact that “most people tend to be much more willing to make referrals once they see results and are satisfied.”

Engage the Customers That Want to Refer

Namasté Solar’s Matt Johnson also notes that, to increase the likelihood of referrals, it is important to identify customers who are most likely to refer and focus your efforts on them. He reports that Namasté Solar’s market research has revealed that although some people “are never going to refer anybody just because they don’t make referrals for anything,” an estimated 20% of customers will refer more than one person. He calls these people “solar advocates.” 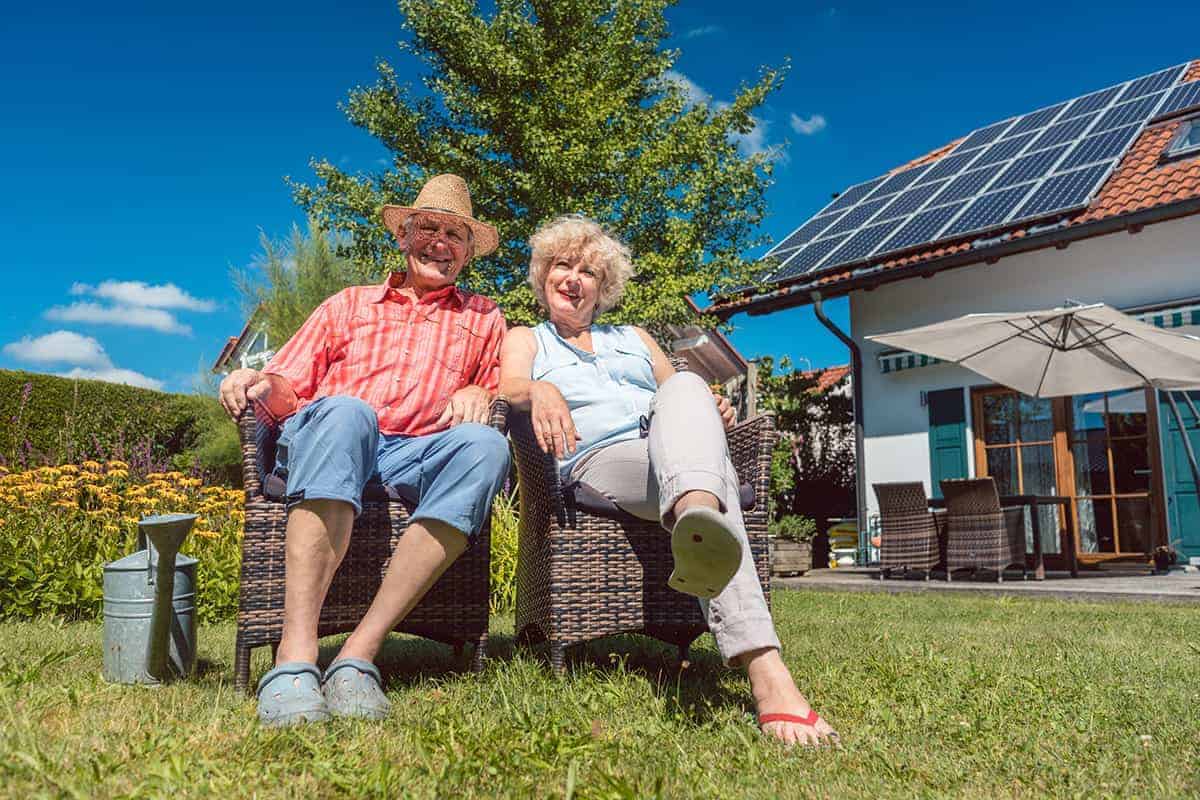 Some solar customers—who Matt Johnson, Residential Sales Manager at Namasté Solar refers to as “solar advocates”—are likely to refer a disproportionate number of customers. It may make sense to focus additional efforts on making sure these strong proponents are empowered to refer.

Johnson describes how Namasté Solar takes note of these customers’ willingness to refer. “We try to mark those individuals in our system when our sales staff or project managers feel like they’re a solar advocate. We then direct more of our marketing efforts towards those people, reaching out to them more proactively to try and help them generate even more referrals.” He adds that providing a cash incentive for referral is effective as well.

NREL’s 2014-2016 SEEDS research also looked at the willingness of solar customers to refer others. Writing in GTM, several of the study’s authors including Sigrin, report that in their survey of 1,662 solar adopters 80% reported making referrals (the median amount being three). While they acknowledge that the customers in their survey may have been “early adopters”—who could be more likely to refer—it’s clear that effectively asking for referrals could result in a lot of new business opportunities for your company.

Other research has also found that many businesses fail to take advantage of consumers’ willingness to refer. A Texas Tech study found that 83% of satisfied customers are willing to refer others, but only 29% actually do, partly because they were never asked to do so. Don’t assume that good service alone will result in a referral without asking or let discomfort get in way of the ask. The inbound marketing experts at HubSpot suggest a substantial percentage of your customers are willing to have a conversation about referrals, “but not unless you bring it up. Not all of them will give you referrals on the spot, but some will do so over time.”

In addition to asking for referrals at the right time and trying to identify the customers that are likely to be your biggest advocates, there are a number of different strategies to consider that may make it easier to get referrals. Here are a few tactics you may want to consider as you work to increase the number of clients you get through referrals.

1. Experiment with Other Phrasing

Consider other language aside from the word ‘referral.’ This could mean asking questions like, “Is there anyone else I might be able to help?”, “Do you know anyone else who would want to learn about solar?”, or “Who do you know that’s concerned about their electric bill?”

If your client is interested in referring but not sure where to start, they may appreciate pointers on what to say or how to approach the topic. You could suggest that they share their experience on their social media platforms with photos or feedback about the install process or their bill savings (or provide them with nice photos or sample language if you want).

Making your content, like blog posts and case studies, sharable is a great way to tap into your customer’s networks and maybe spark some conversations about their experience. Add a ‘Share This With a Friend’ link to the educational and marketing information that you provide to customers.

As Johnson notes, referral programs with incentives can be helpful. To support this, you could consider creating your own referral app to offer customers or using an existing one like GetTheReferral. Some companies include solar system monitoring and review capabilities as well with these apps.

Another strategy is to simply deliver an excellent customer experience because when this happens, customers are much more likely to provide a referral. Meet or exceed a customer’s expectations during all stages of the installation, including before and after.

Pam Cargill states that “making customers feel comfortable involves spending a lot of time educating and communicating with them…[ensure] the expectations you set during the sales process are true, realistic and carried through during project delivery.” Ultimately, she asserts, it is a satisfying customer experience and not the sales process that will be “more likely to lead to them referring.”

Finally, as discussed above, make sure to stay in touch over time. Carefully manage the timing of your follow up throughout the sales process and after the install. Cargill suggests finding where you can automate certain aspects of the communication process during sales to help you track how often the follow up occurs. Additionally, look to set reminders in the calendar or CRM to ensure that your team will periodically check in with customers.

As NREL’s Sigrin puts it, “installers should look to keep high levels of customer satisfaction and find ways to solicit referrals from customers” including finding“ways to reconnect and remind their customers without unnecessarily annoying them.” This, he says, is good business practice.

Given how referrals can provide a very cost-effective source of solar leads in an industry with high customer acquisition costs, having powerful strategies for making your customers a good source of referrals can be vital to your company’s success.

Have you found other approaches to getting more referrals? Let us know in the comments below!