In our Solar Landmarks series, we “travel” to famous landmarks and investigate their potential for solar energy generation.

Two years ago, in honor of Independence Day, we went on a virtual visit to Independence Hall in Philadelphia. This year, we’re visiting Fort McHenry to see what it would take for the fort and its visitor and education center to be powered 100% by solar.

What is Fort McHenry?

Chances are that, even if you’re not a history buff, you’ve probably unknowingly retold the story about Fort McHenry, you might have even sang about it.

Fort McHenry is actually the stage for the United States’ national anthem, The Star Spangled Banner. Francis Scott Key, an American poet, was at Fort McHenry during the War of 1812. Despite being heavily bombed, the Maryland fort was successfully defended to everyone’s surprise. After the smoke cleared at dawn, and seeing that the American flag was still flying, Francis Scott Key wrote a few lines in tribute to what he witnessed.

“O say can you see, by the dawn’s early light…that our flag was still there…”

The full poem was originally titled Defence of Fort M’Henry, and was later modified and became commonly known as The Star Spangled Banner. Today, Fort McHenry is a national monument and the flag that inspired the national anthem is permanently displayed at the National Museum of American History.

The fort doesn’t use a lot of electricity, and the electricity needed to illuminate the flag is actually already sourced by a small set of solar panels that was installed in 2009.

The visitor and education center was completed in 2011, and was awarded LEED Gold Certification by the U.S. Green Building Council because of its sustainable design and efficient usage of energy. Since we don’t have data on the actual energy usage of the 17,500 square-foot building, we will need to estimate the energy use. We can estimate the usage using what’s called energy usage intensity (EUI), which is 15 kBtu/sqft/year.

This converts to about 77.6 MWh annually, which is equivalent to around eight houses in Baltimore.

Assuming the center’s electricity usage for the year is 77.6 MWh, Aurora’s consumption profile tool estimates that the National Park Service pays about $8,400 a year in electricity costs to operate the center.

Modeling the site can be fairly easy by using Aurora’s SmartRoof and Roof Face tools. We modeled the outerworks with a single SmartRoof object by tracing the outline, and used Roof Faces for the buildings because it can easily detect clerestory windows (i.e., windows in the high-section of the walls). 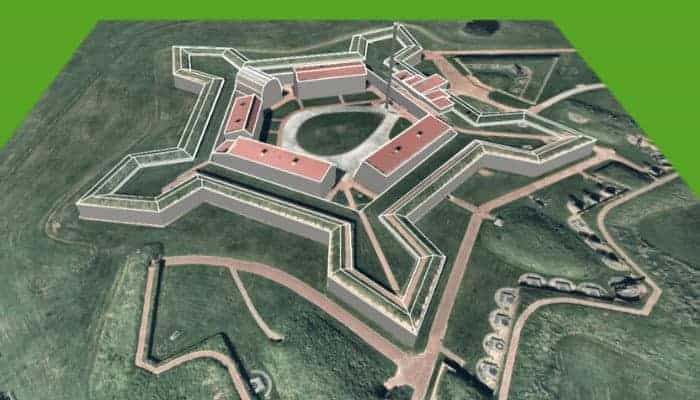 Next, we started adding panels to the outerworks of the fort and found that a 61 kW installation would meet the needs of the center. Anticipating that we probably wouldn’t be able to place panels on a historic building, we checked to see if a 61 kW installation will fit on the visitor center by creating a new design in the project. We easily got to 56 kW by placing panels just on the top roof face alone. We could have fit more panels on the sides, but when we looked at the built-in irradiance map, we found that the lowest roof face is subject to a lot of shadows.

Here is what the model looks like with the panels placed: 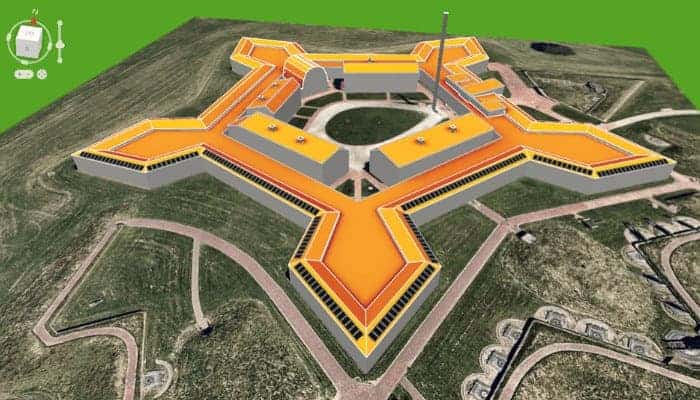 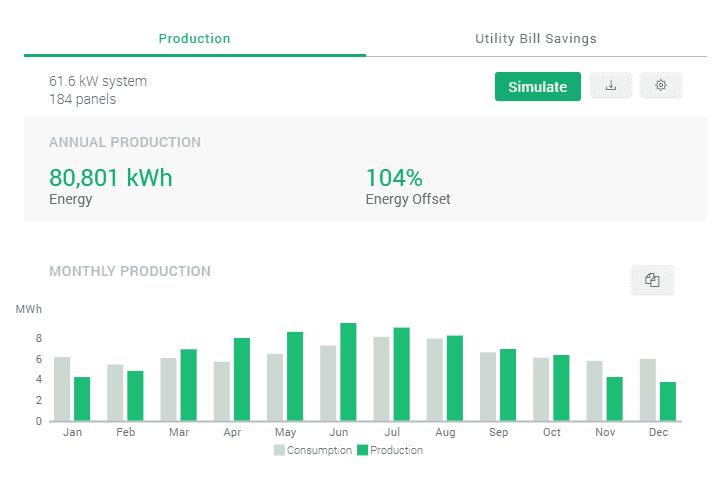 Is Solar a Worthwhile Investment?

Since the National Park Service has a limited budget, it’s important to show them what the financing aspect of the project would look like. Using Aurora’s financing tool, we can see that an additional PV system provide a monthly average savings of $668 with 95% of their electricity bill offset – well worthwhile. 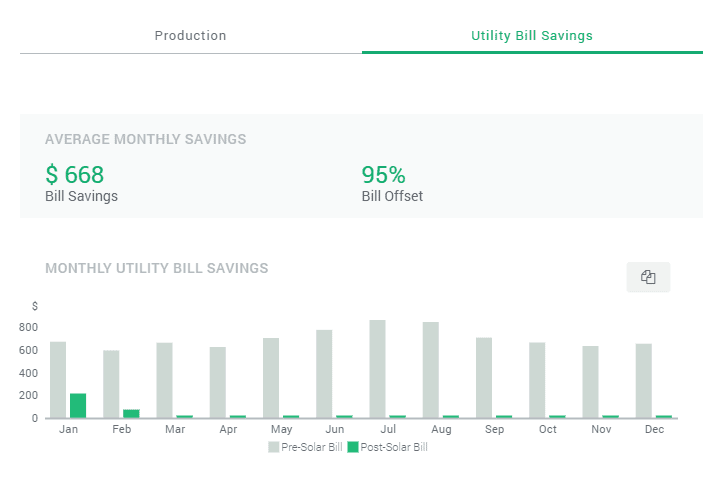 Next, we calculated the net savings and the payback period of the PV system. Using a commercial system cost of $2.80/W, and assuming the National Park Service can use the current 26% federal incentive tax credit and depreciate the cost of the system, we’re looking at a net savings of $53,000 over the life of the system. With the fairly low cost of electricity, the payback period is 10 years.

Besides saving Fort McHenry money, the PV installation would also offset substantial carbon dioxide emissions. The overall carbon emissions that would be removed are equivalent to burning 60,000 pounds of coal or 6,000 gallons of gasoline each year!

If you’re interested in learning more about solar from experts across the industry, join our FREE conference on July 23rd here.

Is there a landmark you’d love to see a solar design for? Let us know in the comments below or email us at hello@aurorasolar.com!