From Washington, D.C. to state capitals around the country, if there’s a policy change that affects clean energy in the U.S., chances are the Solar Energy Industries Association (SEIA) is there advocating for the advancement of solar.

As the national trade association for the U.S. solar industry, SEIA represents organizations across all sectors from manufacturing to installation. SEIA works to champion the use of cost-competitive solar, grow solar jobs and diversity, remove market barriers, and educate the public about the benefits of solar energy.

Leading SEIA is President and CEO Abigail Ross Hopper, who joined the organization in January 2017. Prior to SEIA, Hopper had an impressive public service career focused on energy, including serving as the Director of the Bureau of Ocean Energy Management. She also held the roles of Director of the Maryland Energy Administration, Energy Advisor to Maryland Governor Martin O’Malley, and Deputy General Counsel of the Maryland Public Service Commission.

We had the pleasure of speaking with Abby Hopper to learn more about SEIA’s advocacy priorities, changes in solar markets around the country, opportunities for increasing diversity in the solar workforce and customer base, and more. We’re excited to share that conversation with you today. 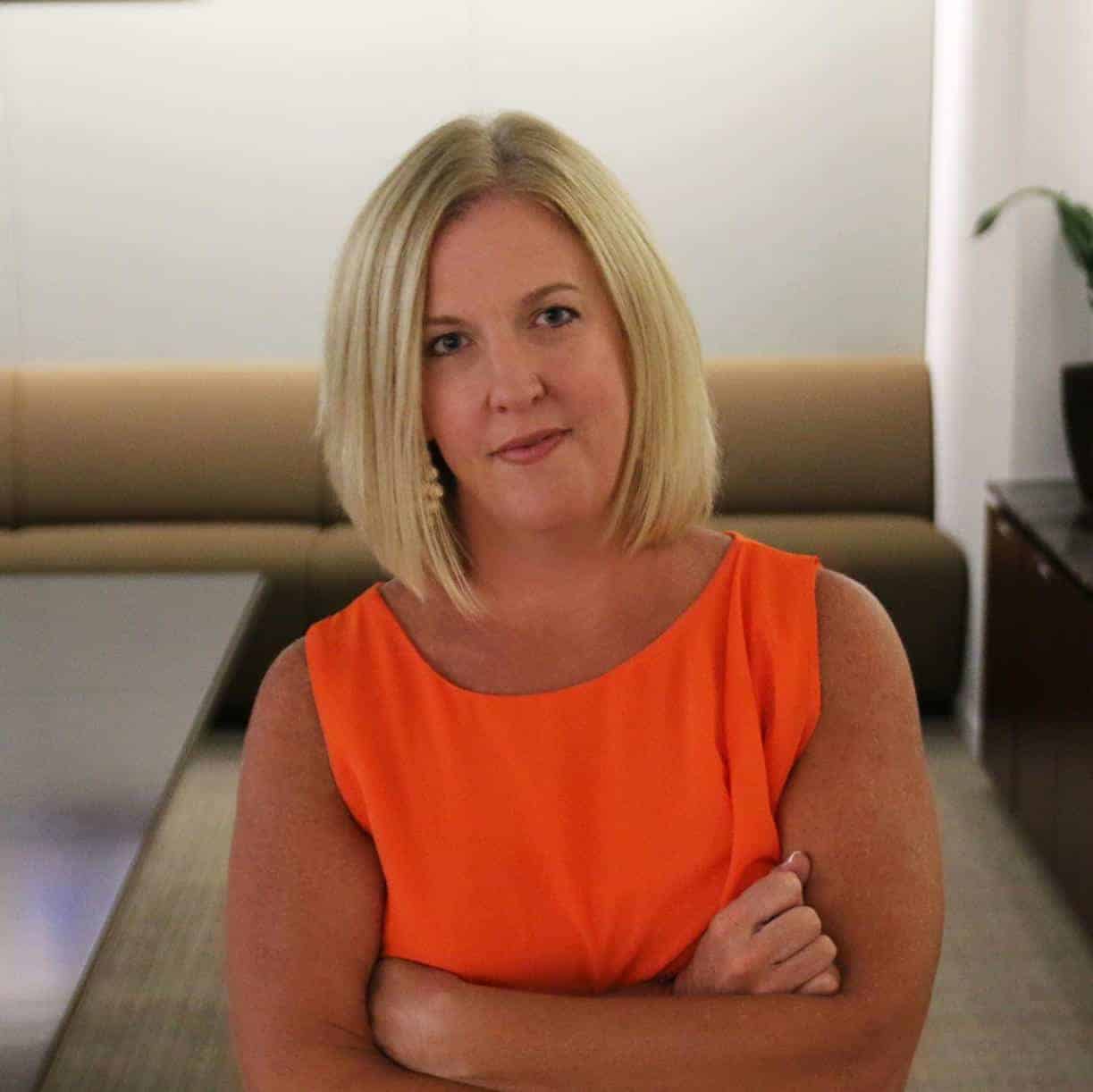 Prior to joining SEIA as President and CEO a little over a year and a half ago, you held several prominent positions in government. How have your previous positions prepared you for your role at SEIA?

I’ve also I learned in my career that thinking about the “why” of what we’re doing is so important. Making sure that you’re approaching the “why” and the “how” thoughtfully and intentionally—and not just doing things “because”—that’s important.

Another thing I’ve learned in my career is that relationships are the most important currency you can have. I could have all the knowledge in the world, but if I don’t have the relationships to make things happen, it doesn’t matter. Forming, building, and maintaining relationships is incredibly important.

What are a couple of SEIA’s top policy priorities at the federal and state level?

We have a couple of top priorities at both the federal and the state level. Strategically, those priorities center around defending markets that are already open to solar and ensuring market access. Those are big theories, but that’s what drives our work.

At the federal level, we’re really focused on making sure that—at whatever the venue, FERC, DOE, etc.—solar has an opportunity to compete. Any policies that might come out of this administration that tend to favor existing resources, coal and nuclear in particular, SEIA is going to be opposed to. We are keeping a really careful eye on that. More proactively, we are really lobbying hard for the Investment Tax Credit to be applied to stand-alone storage projects. We think that can be incredibly helpful to the storage industry, and also as it relates to solar.

At an intermediate level, if you will, we are thinking about Regional Transmission Operators (RTOs) and the kinds of market rules that are created there. We are engaged, and engaging more and more, to make sure that those rules and marketplaces are fair and open to solar energy.

At the state level, every year, we choose about twelve priority states. Those are places where we focus our time, money, and energy. There are a range of priorities at that level, but all are about market access—Renewable Portfolio Standards (RPSs), ensuring fair compensation for net metered customers, tax abatement, land policy, etc. The overriding theory is making sure that solar can compete.

Building upon that, given that there are so many different solar policy developments around the country, how do you pick the top priority states to focus on?

We are a membership organization, our members tell us what’s important to them and that’s where we focus. These priority states have historically been a combination of existing strong solar states (places like California or New York, markets we want to make sure stay open and healthy and grow) and emerging markets (Illinois, for example, New Jersey, which was a big market, then wasn’t, and now is again). Those are on the list because they are places where there is a lot of opportunity.

It’s a process we go through every year. Every fall, we get together with our members and ask “what matters to you?” And then we prioritize and focus on those areas. Similarly, I didn’t come up with SEIA’s policy priorities; it’s not “what Abby Hopper thinks,” it’s what our members tell us is most important to them.

Since you have such a high level view of what’s going on around the country, what are some state markets that might not necessarily be in the news a lot, but where solar has made significant strides or where solar policies are being advanced that we might want to keep tabs on?

As we look at the country, the Midwest is a fast emerging market—Illinois, Michigan, Minnesota, Wisconsin, are all states that are, to one degree or another, grappling with solar and putting policies in place to help advance solar. (With the exception of Michigan, which just had a bad decision out of the Public Service Commission).

The Southeast is another emerging area. In the regulated markets down there, those Public Service Commissions have really been leading the way on requiring solar for their utilities. Once that initial step was taken, it’s obviously taken off. That’s been exciting to watch.

I would say those are the two regions, with specific focus on the states that I mentioned and places like Georgia and South Carolina.

My next two questions touch upon one of the priorities that you highlighted when you took the helm of SEIA: ensuring inclusivity in solar both in terms of customers and the solar workforce.

First, what are some examples of successful strategies you’ve observed for making solar more accessible to groups that have traditionally had a difficult time accessing it (low income communities, renters, apartment residents, etc.)?

One is that, as we think about state policies or state programs to incentivize solar, there needs to be a low income element to it. For instance, if it’s a grant program or some kind of rebate program, there should be funds dedicated to low income members of the community.

Community solar, I don’t have to tell you guys, is incredibly impactful and allows so many people to have access to solar who wouldn’t otherwise be able to benefit from it. Community solar has really taken off in the past year and it shows in the 2017 market growth numbers. It’s very accessible to people; it’s a business model that intuitively makes sense—people can understand that you’re basically buying a share in a solar farm. So I think community solar will continue to grow.

Lastly, prices coming down has helped make solar even more accessible. I know that sounds obvious, but it’s making a big difference. At our board meeting recently, we had a speaker from Lawrence Berkeley National Labs, which recently published a report about the income levels of home solar adopters. In four states, the average income of solar adopters is on parity with average income in the state; it’s right where it should be.

Although there are more women in the workforce than even a few years ago, we still see, according to The Solar Foundation’s Solar Jobs Census, that women represent less than a third of solar industry employees. What do you see as some of the key steps the industry can take to achieve greater representation of women in the solar workforce?

That’s a great question. It’s something I think about every day!

It’s not as simple as just getting more women into the solar workforce, right? There are lots of things we can do to achieve that. But it’s more than that, it’s about recruiting women, retaining them, and promoting them. The job is not done on day one.

After that, it becomes about: How do we make sure that women are staying? How do we create work workplaces where they feel included, feel valued, feel heard? And, how do we create opportunities to promote them, so that those of us in leadership are not all by ourselves? There needs to be an intention to do it. It’s not going to happen organically; I think you have to devote time, energy, and resources to making it happen.

Where and how are you recruiting new employees? What kind of education are you providing? Once they’re in the door, it’s about understanding what your workforce needs—there may or may not be different needs and different opportunities. Are there examples of women in leadership? And if there aren’t examples of [female] leadership in your organization, where can women in your organization find other examples of leadership? Where can they get mentoring? It doesn’t have to be just women mentoring other women, but there have to be opportunities for professional growth in a way that’s meaningful.

Finally, you’ve gotta promote them! There are fully capable [women]. But if you don’t look at your board, or your executive team, or your sales team, or your engineers with an eye towards diversity, you’re not going to see it.

I look at all of those things—“How diverse is my my executive team? How diverse is my board?” We don’t get all A+s; SEIA has work to do, but we are doing it. We’re being thoughtful and intentional about it, and trying to create a kind of place where women come, stay, and get promoted.

And, I answered your question in terms of women, but these same things apply to people of color and other underrepresented groups of our community. And one of the things, in terms of getting people in the door, is expanding the network that you’re trying to recruit from.

People share job notices with people they know, and people usually know people that are very similar to them. So this means we need to be thinking about things like: Are we going to historically black universities and colleges? Are we in partnership with NAACP and can use some of their networks? Are we coordinating with the Latino Chamber of Commerce, and can we use that network? We need to think more broadly than we sometimes normally do to make sure that we get [diverse] candidates in the door.