As one of the most widely respected professional certification programs for the solar industry, the North American Board of Certified Energy Practitioners, more commonly known as NABCEP, plays an important role in establishing industry standards.

Fresh off our recent attendance at the NABCEP Continuing Education conference in San Diego earlier this month, Aurora had the opportunity to speak with Shawn O’Brien, NABCEP’s Executive Director.

Following up on our interview last year, our conversation explored recent developments in NABCEPs recertification requirements, trends that are being considered for future NABCEP program changes, and a recent grant NABCEP is involved in to help military veterans transition into solar careers. 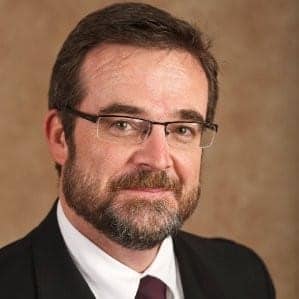 Aurora Solar: NABCEP is changing its requirements for recertification. What’s changing, and how do these new requirements reflect changes in the solar industry?

Shawn O’Brien: Some of the changes stem from the fact that the roles of individuals who previously obtained NABCEP certification have changed over the time that they’ve been in the industry. We recently conducted a survey that found that 26% of respondents opened up their own companies after getting their NABCEP certification. That underscores that roles really have changed; a lot of folks are no longer on the roof.

Because of that, it’s not always possible for them to pull permits or get documentation to show that they’ve directly done installations. The Board has recognized that the industry as a whole is changing, as are the roles of individuals.

What the board has done in the new recertification requirements is allow individuals to show other achievements that demonstrate that they’re actively involved in the industry.

For instance, instead of requiring three completed installations, certificants can submit a letter from their employer on company letterhead confirming that they are still actively involved in the renewable energy industry and describing their role. That can include holding a leadership role in an organization that’s doing solar design, commissioning, maintenance, inspection, or another role like financing projects.

We also have a lot of certificants who are full-time trainers, if they can show over a three year period that they’ve done 120 hours of full-time training that is another way to meet the industry involvement requirement.

Of course, for people who are installing, they still have the option to use their completed installations in their recertification process. But the industry is growing up and it’s time to recognize that not everyone is up on the roof, there are much more diverse roles.

Aurora: What are some other industry trends that NABCEP is taking into account as it updates its programs?

O’Brien: Two trends we’re thinking about are the growth of commercial and industrial projects and the trend towards solar plus storage.

The other development we are thinking about is solar plus storage. Historically NABCEP certificants have been evaluated mainly just on the installation of solar, not so much on storage.

These two industry trends require thought to ensure that individuals who are certified can work in those areas safely and effectively.

Aurora: In partnership with several other organizations including the Solar Foundation and SEIA, NABCEP won a $2 million grant from the DOE’s Solar Energy Technologies Office to support military veterans in transitioning into solar careers. What are the key initiatives under this grant and how will NABCEP be involved?

O’Brien: Yes, NABCEP is a sub-awardee on this grant; the prime grantee is The Solar Foundation. The program will focus on creating opportunities that help military veterans transition into careers in the solar industry. The awardees will be working on developing training and employment matchmaking for recent veterans.

In my opinion, the key is to create a sustainable work program that allows veterans and active military personnel to find employment in the solar industry that matches and complements the knowledge, skills, and abilities that they developed in the military.

It’s very important that you don’t just “find” veterans of the active military jobs. That would be easy to do. What we want to do is show them a pathway to a career. That’s NABCEP’s main goal; we don’t want to get them into something that they’re going to just do for three years. It’s getting them on a path so that, for example, a few years after completing this program, they can become the owner of an installation company, a design company, an engineering company, whatever the case may be.

Another thing NABCEP will be doing is working with the cohort of over 200 community colleges and universities that are NABCEP-registered training providers. We will work with them to establish military-friendly programs that help veterans when they get into the community college or university.

Another big focus for NABCEP is creating what we’re calling a “fast track” for veterans and military personnel, allowing them to see use their Military Occupational Specialties, which reflect the training that they took in the military, to get NABCEP certified faster.

Lastly, we’ll be then registering all our programs with something they call Army COOL, Credentialing Opportunities Online (or Navy COOL, etc.—they have it for all branches of the military). It’s an online certification system for active military. And we plan to offer the training and certification bundled together. We’ll be working to create those bundles for active military members, so they can get the training and certification prior to actually separating from the service.

Aurora: What would you like solar companies to know about this initiative? How can they get involved?

O’Brien: The best way for solar companies to get involved is to respond when they see the calls going out about apprenticeships and employment matching, and to be open to helping to establish partnerships or work with us on matching for employment.

At the next NABCEP conference, we will have programming geared towards hiring veterans. There’s a lot of literature out there that employers are apprehensive about hiring and interviewing combat veterans. So there are a lot of ways that solar companies can make a difference by educating their hiring managers on working with veterans.