With the holidays just around the corner, we were intrigued by the idea of brightening up an seasonal landmark with solar energy. So when we discovered that Ralphie Parker’s home from the iconic 1983 movie A Christmas Story is a real house in Cleveland, Ohio (restored to all its movie glory and open to the public!) we seized the opportunity create a custom solar design using Aurora.

In our latest Solar Landmark article, we walk through the process of modeling this home, designing a custom solar installation, and analyzing the financial return on the system. 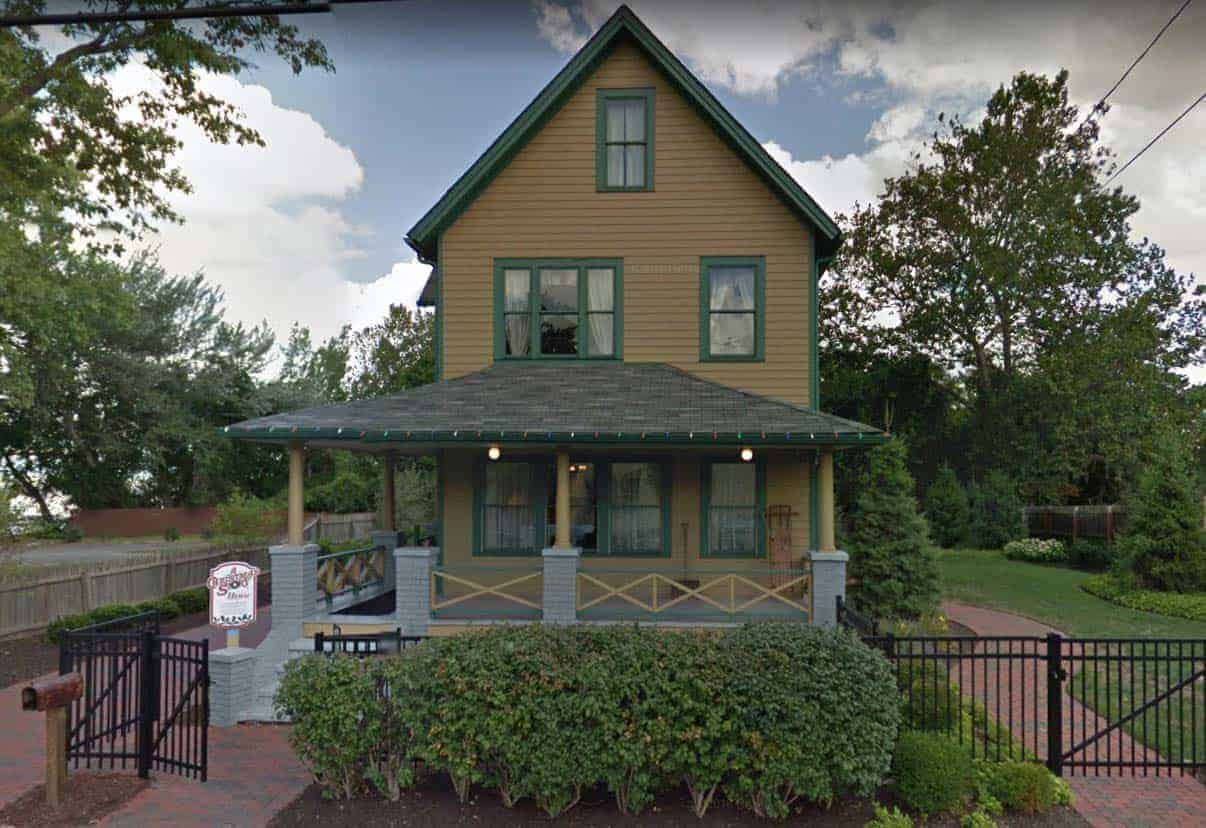 To construct an accurate 3D model of the site as the starting point for a good solar design, we used Aurora’s SmartRoof modeling tool. SmartRoof’s ability to automatically infer the internal structure of the roof based on its outline made the process faster and easier.

To build the roof model, we took advantage of the fact that SmartRoof can merge multiple roof shapes together, allowing solar designers to create complex roofs from multiple, simpler parts. First, we outlined the perimeter of the roof; SmartRoof automatically inferred the structure of the dormer on the north-facing roof plane (Figure 2 below). SmartRoof uses hipped roofs as its default, but allows designers to “unpitch” roof planes with the click of a button to model other roof types (Figure 3 below). A few minor adjustments produced a preliminary starting point for the site model in a matter of seconds (Figure 4).

Figure 2. SmartRoof infers the internal structure from the roof outline. It defaults to hipped roofs (a roof type with diagonal ridge lines extending from the corners to central ridge line), but designers can “unpitch” sections to create a gable roof (see Figure 3 below). 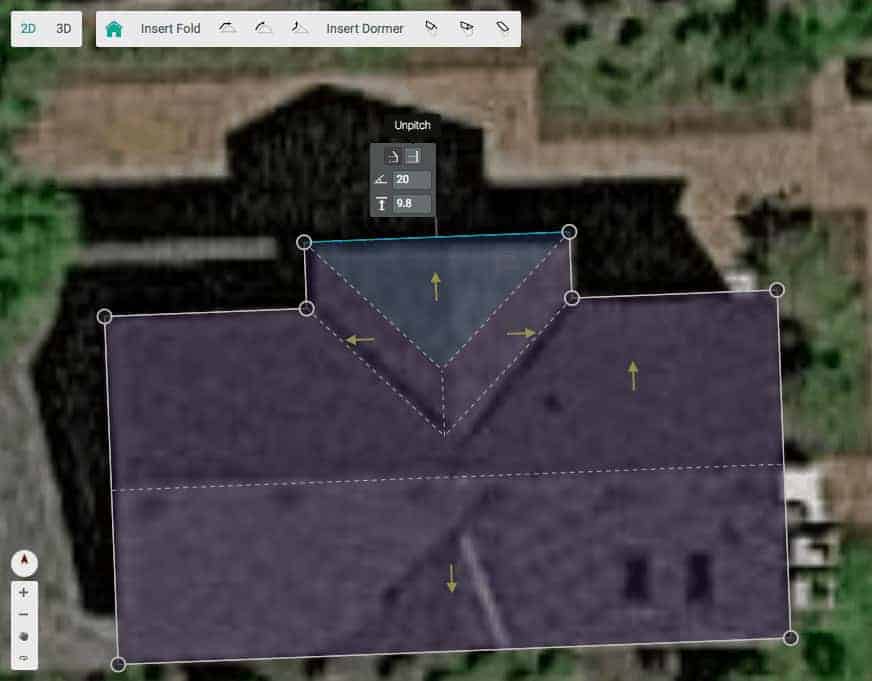 Figure 3. By right-clicking on unnecessary roof planes (resulting from SmartRoof’s hipped roof default), we were able to “unpitch” them. This resulted in a traditional gabled roof as our preliminary roof model. 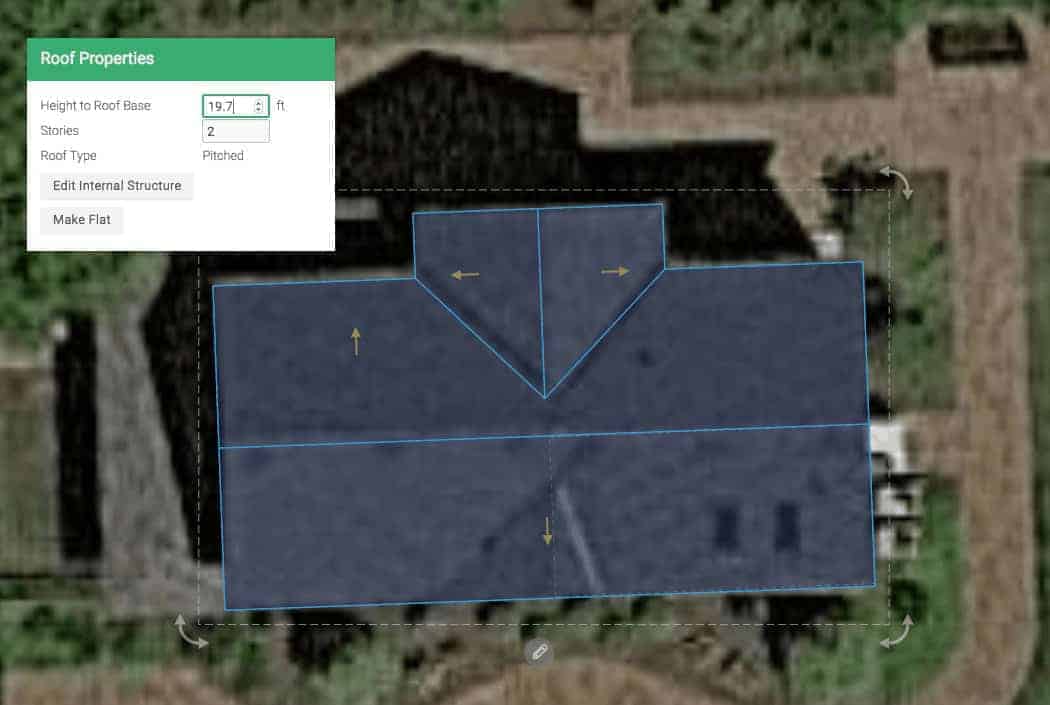 Figure 4. Our preliminary roof model; by right-clicking on the roof polygon, we were able to specify that this roof is two stories high.

We then added the roof of the porch by drawing a separate polygon which SmartRoof merged into the structure appropriately after we specified that it was at a height of one story. From there, there were a few unusual aspects of the roof that had to be taken into account to create an accurate site model, particularly that the the south-facing roof plane is comprised of planes at two different pitches, which are straddled by a dormer, as you can see in the Google imagery below. 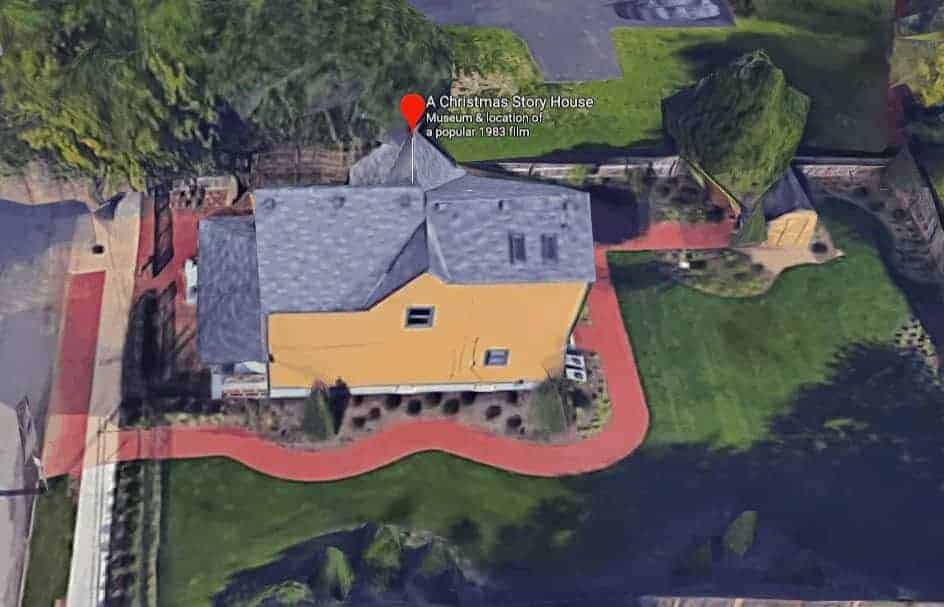 Figure 4. 3D aerial view of the Christmas Story House. As you can see, the southeast quadrant of the roof (where the two skylights are) has a much less steep pitch than the rest of the roof. Source: Google Maps imagery 2017. ©2017 Google.

To model the southeast portion of the roof (or the back right section if you were facing the house) we added a separate rectangular roof segment, which SmartRoof automatically integrated into the rest of the roof structure (see Figure 5). Then, we adjusted the pitch of each of the roof faces to reflect their actual pitch. 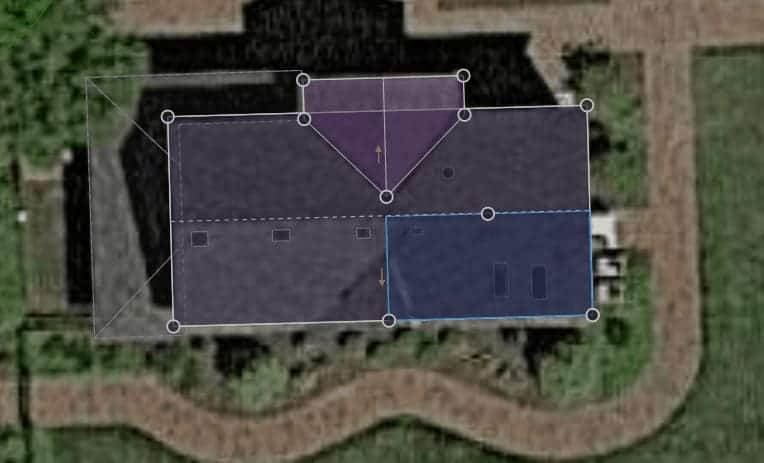 Figure 5. Adding a roof plane as a separate section which will be merged into the rest of the roof model. This enables us to specify a different pitch for this section of the roof.

It’s evident from looking at the house that the roof has a very steep pitch—perfect for shedding snow in the cold winter months! But to make sure we got it just right, we used Aurora’s NREL-validated 3D Metric Estimation tool, an application of computer vision, to measure the pitch. 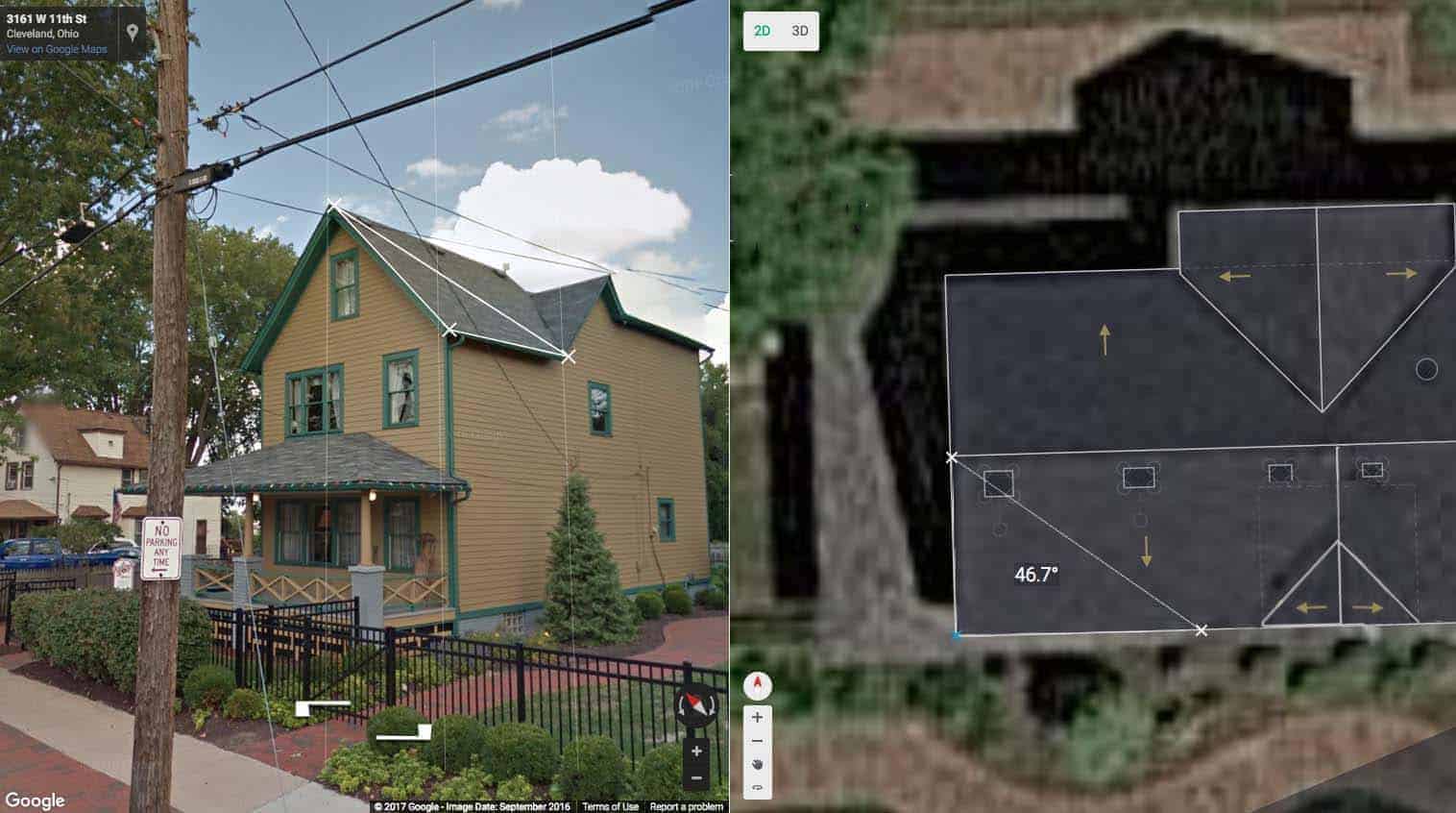 Finally, to complete the key elements of the roof structure, we inserted a dormer (using the dormer tool) and aligned the ridge of the dormer with the fold between the two roof planes. We also added obstructions to the roof to ensure that the model provided an accurate reflection where panels could be placed and what shading they would encounter. In this case, there are two skylights towards the back of the house, as well as some vents along the ridge line. 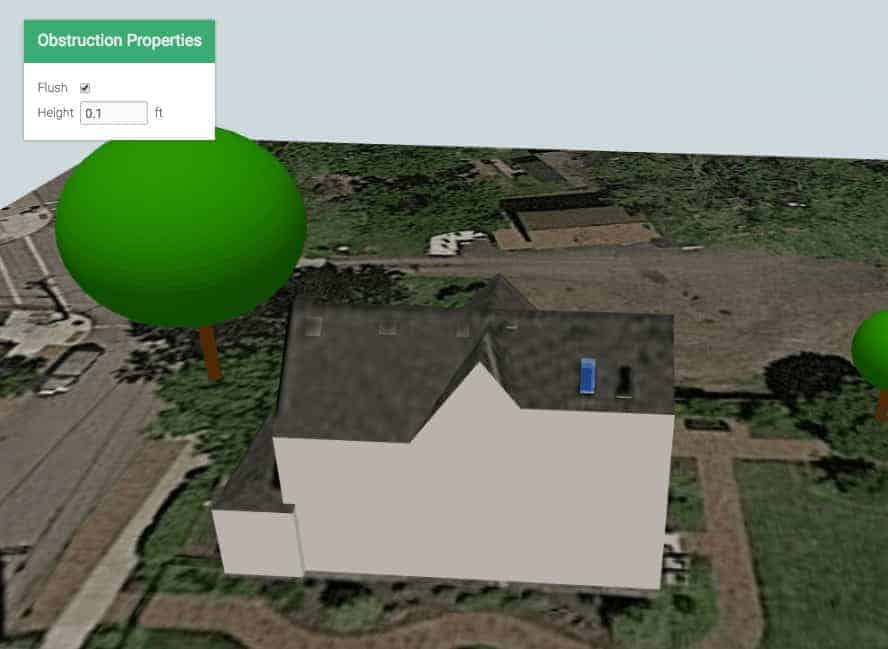 With these adjustments, and the addition of trees on the property (to ensure correct shading analysis) we had a beautiful and accurate 3D model of the house that Ralphie would have recognized as his own:

Figure 8. Two different views of the completed site model. The image on the right includes the sunpath as well as trees around that house that could cause shading.

Aurora’s irradiance map feature made it easy to identify the best places to put solar panels (i.e. areas with the highest irradiance). Aurora takes into account local weather data and the industry-standard mathematical model to assess the available solar energy at each point on the roof. 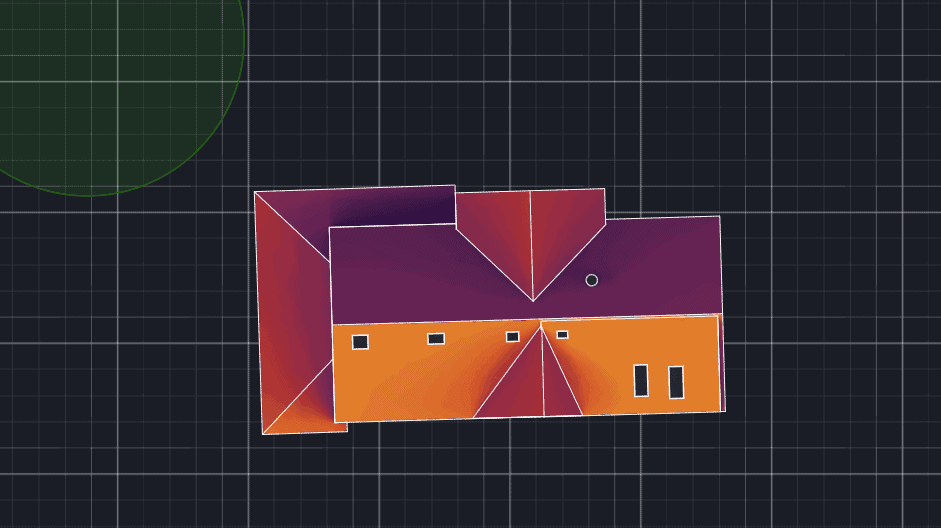 Figure 9. Aurora’s irradiance engine produces a map showing the solar access value at each point on the roof surface (brighter areas indicate higher solar insolation). This remote analysis been validated by NREL to be comparable in accuracy to on-site measurements.

Rather than iterate through countless potential designs, we decided to use Aurora’s AutoDesigner—which automatically identifies the best solar design for a particular site given a particular energy offset or bill savings target. Using a genetic algorithm that mimics the evolutionary process, the AutoDesigner evaluates potential combinations of panel locations, components, and stringing configurations, and identifies the option that gets as close as possible to the target while minimizing system cost.

We initially set a target of offsetting 80% of the home’s energy consumption. Unfortunately, due to significant shading, and obstructions (specifically skylights) that prevented panel placement in one of the high irradiance areas, Aurora found that the most we could offset was 27% of the Parkers’ energy consumption. While not as much as we’d hoped, it could still provide some helpful electric bill savings.

The resulting system from the AutoDesigner was a 2.0 kilowatt system sited on the southwest quadrant of the roof, with an estimated cost of $6,030 (based on a cost per watt of $3). Having identified a design, and used Aurora’s design validation function to ensure that there were no electrical or mechanical errors (such as invalid stringing configurations, module overlap, or setback violations), we proceeded to look at the energy production and resulting bill savings of the proposed system. 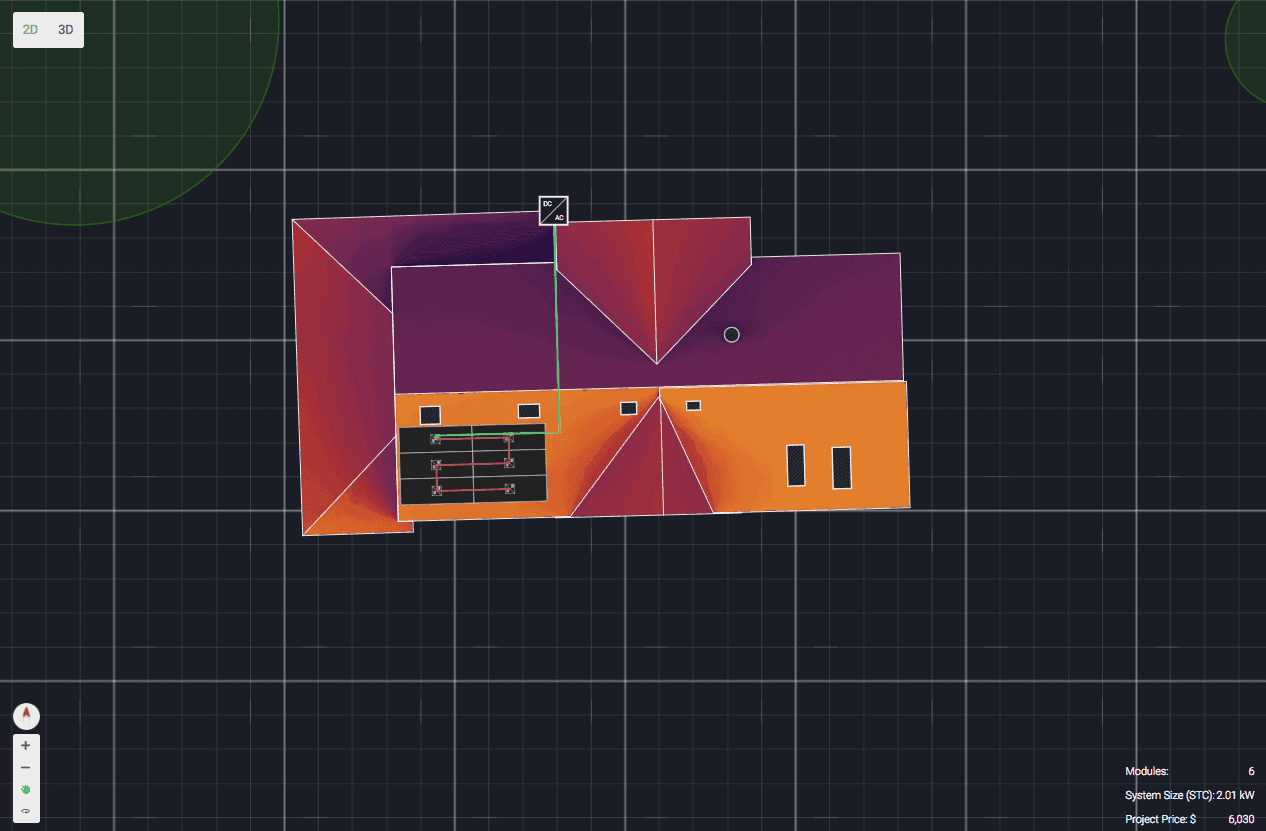 Figure 10. A solar system design for the Christmas Story house.

Based on the design specifications and the conditions at the site, Aurora’s performance simulation engine estimates the system would produce 2,218 kWh of electricity over the course of the year, and provided a monthly breakdown of that production:

The resulting loss diagram detailed exactly how much energy is lost from different sources compared to ideal conditions.

Figure 12. Loss diagram for the design.

Although not enough to meet all of the Parkers’ electricity needs, the energy produced by this system would offer some valuable environmental benefits. Sourcing 27% of their electricity consumption with renewable solar energy would provide the environmental equivalent of taking 8 cars off the road, growing 883 tree seedlings for 10 years, or driving 82,007 fewer miles!

Beyond that, solar has been shown to have valuable impacts on the property values of homes where it is installed. According to a study by Lawrence Berkeley National Labs, a solar installation can improve a home’s market value by 20%! And thanks to a local Cleveland policy that waives increased property tax assessments resulting from renewable energy investments for 10 years, the Parkers could benefit from added home value without increased property taxes.

Unfortunately, the low cost of electricity in this area, the structure of the local utility rate,  and Ohio’s limited solar incentives make a financial return on a solar purchase challenging. Cleveland Public Power offers a declining block rate, meaning the per kWh price of energy actually declines after you consume over 1000 kWh! Summer rates for this rate schedule are $0.0774 per kWh up to 1000 kWh, and $0.0752 per kWh for all subsequent consumption. Under these conditions, Aurora revealed that it would take just under the full 25-year life of the system to recoup the upfront cost!

Given the challenge of a cash purchase of a solar system, we decided to look at other financing options as well. Ohio law allows for power purchase agreements (PPAs), so we took a look at what the financial impacts would be if the Parkers signed a PPA agreement with a company that would own and maintain the system and sell them the resulting solar energy at a lower rate than the utility.

Assuming a hypothetical PPA that would allow the Parkers to purchase the energy produced by their solar system at a rate of $0.06 per kWh, with a 2% annual escalation over a 20-year contract, the solar project looks a lot more appealing. Without having to take on the initial cost of the system, the solar installation would immediately be cash flow positive, and savings would increase over time as utility rates rise (we assume a 3% utility rate escalation).

So there you have it: a solar design for this famous Christmas landmark! Maybe Santa will check this system off the Parkers’ lists. 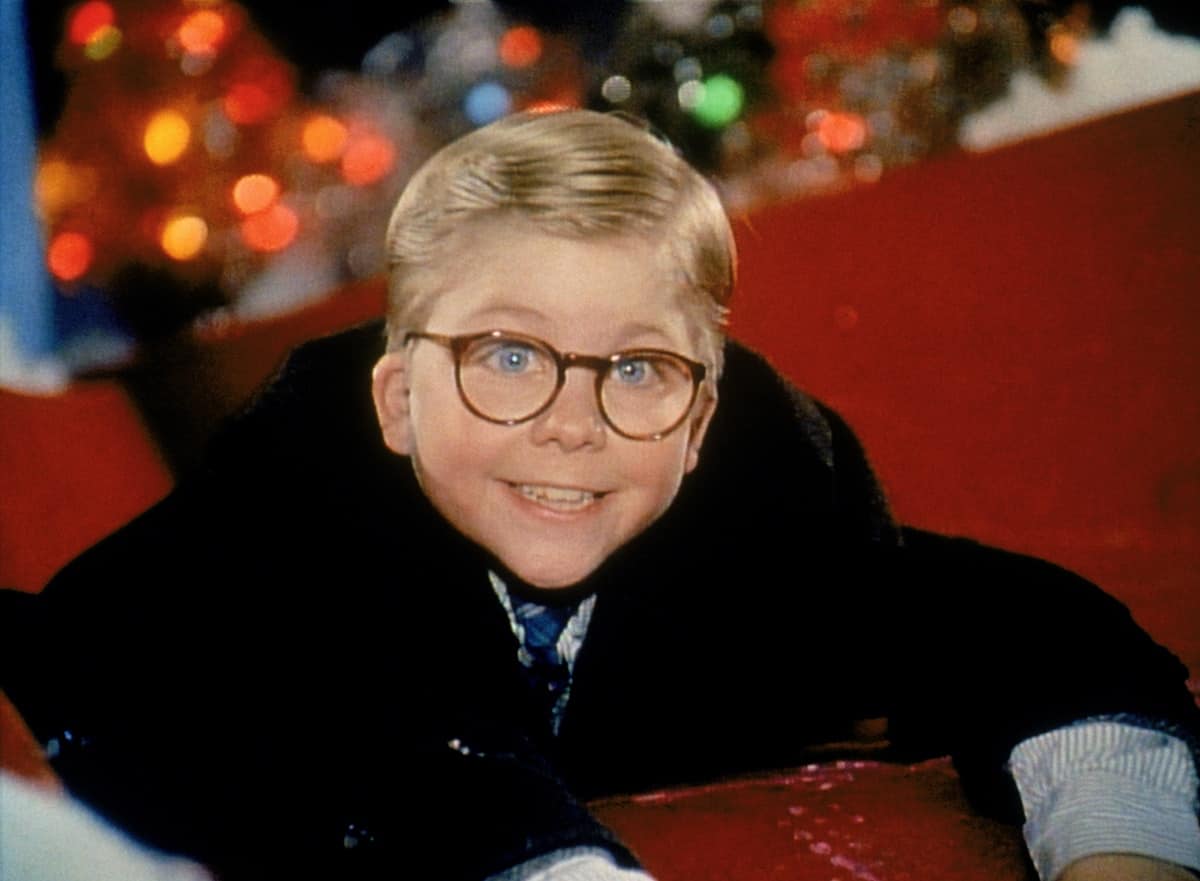 After all, it’s a Christmas present the whole family could enjoy… unlike the BB Gun that Ralphie longed for, his parents wouldn’t have to worry about him “shooting his eye out”—and perhaps knowing that their electricity was coming from cleaner sources would be some comfort to Mrs. Parker when her husband insists on displaying the infamous leg lamp!

We hope this design brings you some holiday cheer and wish you a joyful season!